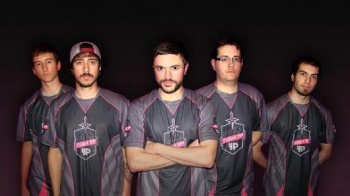 One has to assume Team YP are all master gamers, expert at one-handed keyboard usage. I imagine the "alt" and "tab" keys are worn away to blank spaces.

Team YP already has a Super Smash Bros. player on their roster - Bizzarro Flame aka Jason Yoon. His main is Ganondorf (My main is Ganondorf! Hi Jason!). We are really hoping they branch out into more fighting games, so we can finally find a use for all these "sexy joystick" puns in the Escapist vaults.