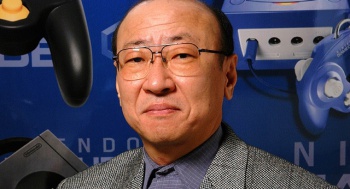 Former head of Nintendo of America Tatsumi Kimishima will take over from the late Satoru Iwata.

The passing of Nintendo president Satoru Iwata was one of the saddest events in this gaming year, with respects and tributes coming in from all corners of the gaming universe. Iwata left a hole, not just in our hearts, but in Nintendo's corporate structure, as the company has been operating without an official president since Iwata's passing. Today, Nintendo has announced its new president: former head of Nintendo of America Tatsumi Kimishima.

Kimishima previously served as President of The Pokémon Company, before moving to the US and serving as President of Nintendo America from 2001-2006, when he was replaced by the ever-charismatic Reggie Fils-Aime. He has been Managing Director of Nintendo Co. Ltd (Nintendo's parent company) since 2013.

While Kimishima is certainly a long-time Nintendo employee who has proven his worth for the company, he comes from an entirely business background, getting his start as a banker - unlike Iwata, who cut his teeth as an actual game programmer.

In other news, two high-profile Nintendo employees have been given new titles. Shigeru Miyamoto and Genyo Takeda have respectively been awarded the title of Creative Fellow and Technology Fellow, with the official personnel document defining a Fellow as "An individualselected from among the Representative Directors who has advanced knowledge and extensive experience, and holds the role of providing advice and guidance regarding organizational operations in a specialized area."

So there are big changes in store at Nintendo - let's just hope they are for the best.