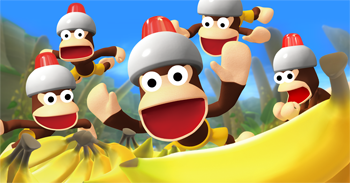 It appears that Sony may nearly be ready to introduce PlayStation 2 titles to the PlayStation 4. Ratings for three games originally released on the legacy platform, Ape Escape 2, Twisted Metal: Black, and Dark Chronicle (also known as Dark Cloud 2 in North America) have appeared on the home page of PEGI, the European ratings group.

This could indicate an impending addition of PS2 titles to PlayStation Now, the game streaming service for PS3, PS4, and PS Vita launched by Sony earlier this year. It's possible that an official announcement may come as early as tomorrow, as Sony Computer Entertainment Japan Asia will be hosting its annual press conference ahead of Tokyo Game Show.

Of the three games, only Twisted Metal: Black has been re-released for newer console hardware. The game was previously made available as a "PS2 Classics" title for the PlayStation 3.

As of the time of writing, these ratings only appear in the "New Games" list on the PEGI home page. Searching for the titles on the site only returns the PlayStation 2 listings for Twisted Metal and Dark Chronicle, with no reference to the PS4. Ape Escape 2 has no prior listing at all.