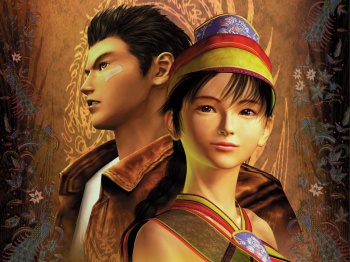 On June 16, Shenmue creator Yu Suzuki launched a Kickstarter campaign in order to obtain funding for the long awaited third installment in the Shenmue franchise, making the announcement during Sony's 2015 E3 conference. The campaign broke a record on day one when it became the fastest crowdfunded game to reach $1 million, and became fully funded just hours after it went live.

In an effort to make up the difference, YS Net has set up a "Slacker Backer" campaign for Shenmue III, with stretch goals detailed up to $11 million.

"This additional campaign comes as a response to all of the requests we have received asking for another opportunity to participate in the making of Shenmue III because either of a lack of payment options on Kickstarter, or just not having a chance to pledge before the campaign ended," the FAQ on the site reads. "While the full game will be completed as promised with the use of the funding collected on Kickstarter, any additional funding collected here will go towards reaching the Stretch Goals to make the game even bigger and deeper."

"A rigorous budget and schedule has been worked out with our production team and we believe our target of 2017 holiday season is within reach," the FAQ explains. "That said, our goal is to make the best game possible (and one that the fans want!) so please understand the schedule may change as the project evolves. Frequent updates will be posted on the update page."