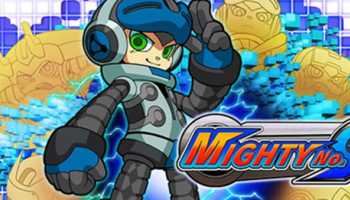 "Comcept and all of our partners are working hard to get the demo ready and in our backers' hands as soon as possible."

The release for Mighty No. 9, the Kickstarter-funded spiritual successor to Mega Man, was delayed in August, with the developer expressing hope for a Q1 2016 release. The delay was heavily criticized because it was not announced until the Kickstarter campaign for another project from Comcept, Red Ash: The Indelible Legend, closed without meeting its funding.

A demo that was meant to launch on September 15, the game's release date prior to the delay, was also quietly delayed by the developer, with the news seemingly buried in an unrelated update to the Mighty No. 9 website. At the end of the post, which outlined the game's robot design contest, Comcept stated that the demo would be delayed due to distribution issues.

The demo was intended to satisfy frustrated backers following the delay of the game itself, and was going to be made available exclusively through Steam to contributors for a limited time.

The developers have now addressed the cause for the delay of the demo. An update on the game's website states that "although the demo had been finished and was ready to go, we ran into some very last-minute and unexpected complications with distributing the demo exclusively to all our backers through Steam. We've also been listening to your feedback about preferring to have a demo that is not time-limited. Given the complications with giving you the demo, we came to the conclusion that it would be better to make the demo DRM-free without any time restrictions."

"Comcept and all of our partners are working hard to get the demo ready and in our backers' hands as soon as possible."