I don't know what a Gemino is, but damn it's precious.

Ever wanted to stuff little precious gem creatures into a rocket ship and send them hurtling off into space? ME NEITHER! Until now, of course, because GemPacked Cards is wrapping up its last few days on Kickstarter - and it looks really cute. It's a matching card game of collecting sets of similar gem-like critters by combining little tokens of different colors. Meanwhile your opponents are doing the same, snapping up the gems you might have been building towards, forcing you to rethink your colored pips and combine them into unexpected combinations. When you get a good set of pips, you pack them into a rocket ship and blast them off for points. The game's core mechanics are the painter's three primary colors, but you can combine them. Blue and red make purple, for example, and let you pick up purple gems to fulfill a combination. I had a little hands-on with a demo version of GemPacked Cards and it seems like a superbly lightweight, satisfying game for those groups who like something in between bigger games or who'd like something as engaging as Munchkin but with a little more strategy to it. Did I mention the art is cute as hell? It is cute like whoa. You can find the Kickstarter page here. The campaign ends on Tuesday, September 23rd.

I mean just look at this: 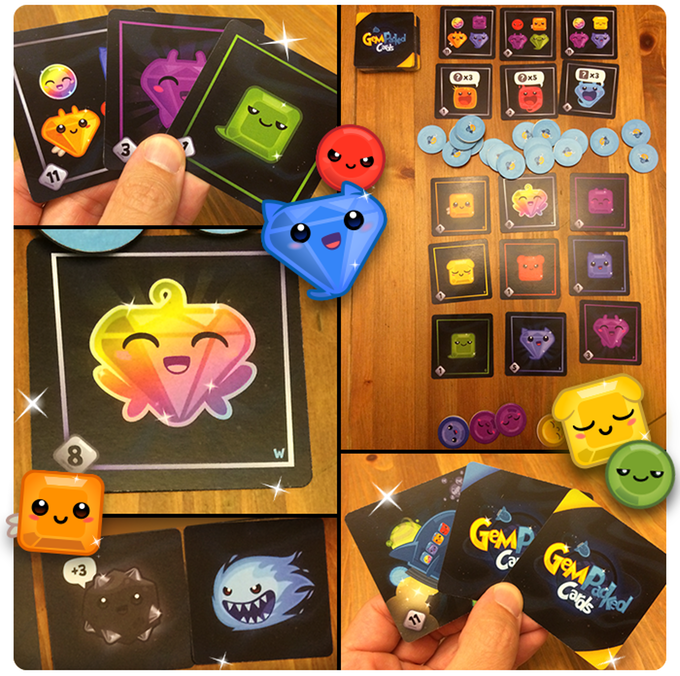 GemPacked Cards is based on an iOS game that developer Eduardo Baraf made, which is more of a puzzler about combining colors. We previously reported on his other Kickstarter project, called Lift Off: Get Me Off This Planet, which was also about blasting cute things into space. I am sensing a theme here.

Whatever, Eduardo. You do you.

The Kickstarter for GemPacked Cards currently sits at $9k of the $12k it's asking for to succeed. Baraf's prior Kickstarter projects fulfilled without significant delays, so history attests that you'll probably get what you're backing here.

If all of that sounds good, go check out the Kickstarter page here.