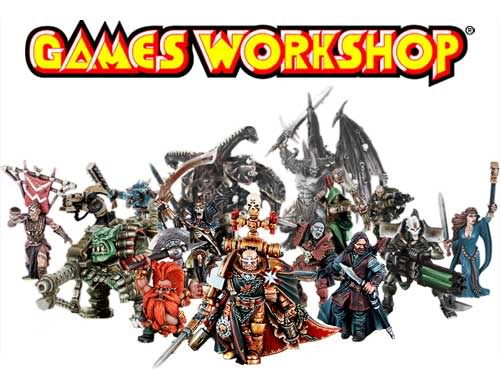 Games Workshop sells more to collectors and hobbyists than it does to people actually playing its games.
When you're talking about a company named Games Workshop, you could perhaps be forgiven for thinking that its primary clientele were gamers. That said, if some recent percentages revealed by the company are any indicator, the people keeping it alive are far less interested in playing with its products than you'd initially imagine.

How big a part of Games Workshop's customer base are gamers? According to alleged statements from the company, gamers currently only represent around 20 percent of its current business. This number was revealed in an editorial written by Richard Beddard, the companies editor at Interactive Investor. While Beddard didn't attribute it to any one person, the percentage apparently came up "in conversation" while he was visiting Games Workshop's annual general meeting. In fact, according to Beddard, the company's staff actually became somewhat grouchy when an investor attending the meeting asked if the company would ever consider producing pre-painted miniatures aimed more directly at gamers.

If gamers aren't keeping Games Workshop profitable, the big question, of course, is who is? The answer probably isn't too hard to figure out. The remaining 80 percent of its customer base is made up almost exclusively of collector's and hobbyists that are willing to spend thousands of dollars for unpainted miniatures that they can detail and display. I'd personally be surprised by this, but then I look at my shelf full of LEGO sets I never play with and it all makes sense. You should never underestimate how much people will pay for something that looks cool on a shelf.