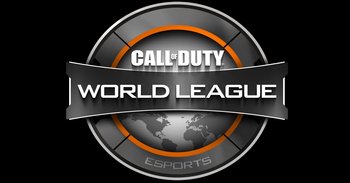 Activision has announced their new worldwide eSports league, which includes a prize pool of up to $3 million in potential winnings throughout the year.

"Over the last four years, Call of Duty has grown into a global eSports phenomenon, thanks in large part to events like the Call of Duty Championship and in-game features like CODcasting, League Play, and more," Lowe wrote. "Now, with Call of Duty: Black Ops 3 set to make its debut on November 6 and Call of Duty eSports bigger than ever, the time has come to take competitive Call of Duty to the next level. Today, we're excited to announce the formation of the Call of Duty World League."

The Call of Duty World League will be divided into Pro and Challenge divisions and will hold regional competitions and live-streamed events throughout the year, with a $3 million prize pool available. The Pro Division features two seasons in North America, Europe, and Australia, with the first kicking off in January 2016. The results of each regional Pro season determines which teams advance to the Call of Duty Championship, which is moving to a fall 2016 time slot. Alternately, the Challenge Division gives amateur teams a chance to compete.

"Call of Duty has always been about community, camaraderie and competition, which drives incredible engagement with the game all year long. eSports allows us to deliver these moments to our fans whether they are playing the game themselves or cheering on those who are," said Eric Hirshberg, CEO of Activision Publishing, Inc. "Three years ago, we held the first Call of Duty Championship to showcase the dedication and skill of Call of Duty players around the world. Since then, eSports has become a global phenomenon with more than 120 million people watching online competitive gaming each year and Call of Duty continues to lead as the top console eSports franchise in the world."

You can keep up to date with news on the Call of Duty World League here.