If you thought the voiced protagonist in Fallout 4 represented a departure for the series, hold on to your New California Republic Ranger hat. A recent developer update from Bethesda Game Studios has outlined the character systems used in the upcoming game and they have done away with the series traditional Skills, instead folding them into a new Perks system.

In prior Fallout games, characters earned points with each gained experience level which could be spent to improve Skills, a statistical representation of competency in a variety of tasks. Perks were awarded at intervals, with the player able to choose from a list of new abilities or bonuses based on their attributes and Skill levels.

The character system in Fallout 4 only has Perks, which have been expanded to encompass the role Skills used to play. When a player gains an experience level, they earn a Perk which is selected from a chart (see below). These Perks are associated with the game's seven base attributes (Strength, Perception, Endurance, Charisma, Intelligence, Agility, and Luck; S.P.E.C.I.A.L. for short), and available to the player based on their ratings in those attributes. 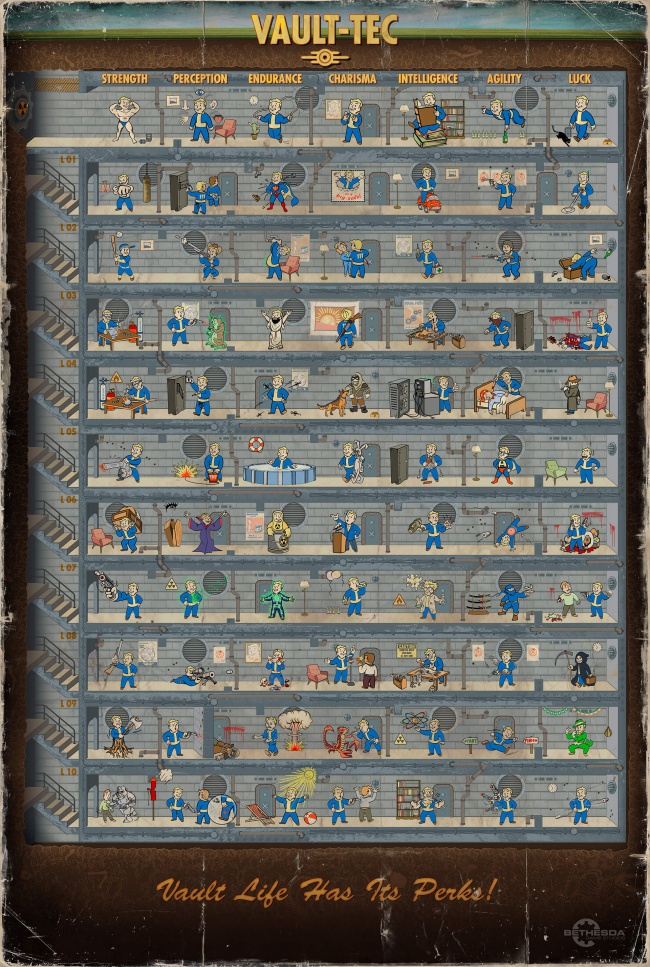 Each Perk also features multiple ranks. Additional ranks of an already acquired Perk can make them more effective (such as in the case of Gun Fu, a perk that grants damage bonuses for targeting multiple enemies in V.A.T.S.). or provide new, related abilities. New ranks will become unlocked as the player gains higher experience levels, while additional perks can also be acquired from magazines found in the wasteland.

Based on the description, the system sounds as if it will streamline the process of character leveling considerably. When I think about all the time I've spent hemming and hawing over how to split up eighteen points across five skills, something with a little less busywork can sound appealing.