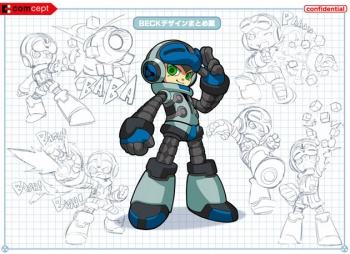 Mighty No. 9 will release in North America on February 9, 2016, with the rest of the world following on the 12th.

Mighty No. 9 fans were dismayed to hear last month that the game was being delayed past its initial April, 2015 release date. Well the good news now is that Comcept has just announced the new official release date: Mighty No. 9 will launch in North America on February 9, with the worldwide release three days later on the 12th.

"Comcept and our partners at Inti Creates and Deep Silver have been hard at work clearing up any remaining issues with the online modes included in Mighty No. 9. As a result of their progress, we are now able to officially announce our release date," wrote Comcept in a Kickstarter update.

Comcept did not indicate which of the plethora of platforms the game would be releasing on for launch, but we can probably safety assume that the PC/Mac/Linux versions will be among the launch platforms. It is currently scheduled to be released on PS3, Xbox 360, Wii U, PS4, Xbox One, PS Vita and 3DS.

It's glad that the end is finally in sight for Mighty No. 9, as with the launch and failure of the Red Ash Kickstarter, and the delays to both the game's demo and the main game, had fans pretty worried.