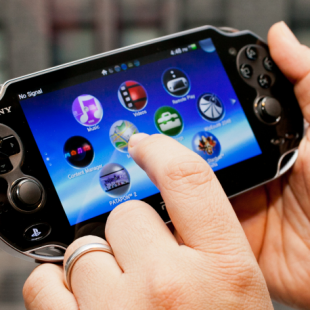 SCE Worldwide president Shuhei Yoshida thinks that smartphones have transformed the mobile market into a place less than friendly for premium portables like the Vita.

Back when Sony first unveiled the PlayStation Vita, it wasn't hard to understand why it thought the handheld was a good idea. Despite coming in second place to Nintendo's DS, the PSP still managed to sell more than 80 million units worldwide, proving that Nintendo wasn't the only company that could hold its own in the portables market. Sadly, the Vita's fortunes wound up being far less positive. After nearly four years on the market, it's barely sold 5 million units, a tiny fraction of what its predecessor managed during its lifespan. Its performance has left many questioning whether or not it would be Sony's last handheld console. According to comments from SCE Worldwide president Shuhei Yoshida, the answer is most likely yes.

Speaking during a Q&A session at the recent EGX conference, Yoshida stated that trends in the mobile market could make it difficult for portables like the Vita to be viable in the future. While he affirmed that he's "a huge fan of PlayStation Vita," he claimed that the mobile market's current "climate" isn't one that's friendly to devices like the Vita. "People have mobile phones and it's so easy to play games on smartphones," he said. "And many games on smartphones are free, or free to start... The climate is not healthy for now because of the huge dominance of mobile gaming."

Speaking personally as someone who really enjoys their Vita, I can see Yoshida's point to an extent. There's no denying that mobile games have usurped a sizable chunk of the portable gaming market. Even Nintendo's more successful 3DS has arguably been affected by this. That said, one could also make the case that Sony kind of did a terrible job of making the Vita an attractive purchase. It was poorly marketed (in the United States, at least), has received lackluster software support (even from Sony itself), and still relies on proprietary memory cards that add a significant chunk of change to its initial price tag. Put succinctly, if you even know what a Vita is, there are a lot of negatives to convince you not to buy one. What do you all think? Do you own a Vita and, more importantly, do you think this should Sony's final handheld?