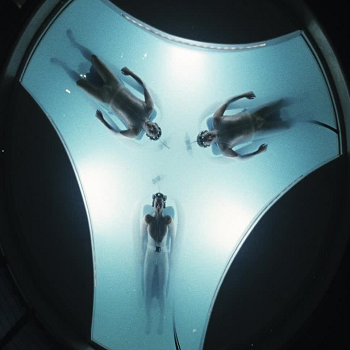 Philip K. Dick would be so proud. Or rolling over in his grave).

Precognition. Premonition. The ability to see something (and possibly prevent it) before it might occur. It's a dream that millions of us have had before, the premise of a few dozen books, movies, and TV shows -- most notably, Minority Report, which thanks to a current spot on FOX's primetime lineup, now spans across all three mediums -- and a superpower that would make Superman destroy a church in a jealous rage.

And apparently, it's also an impossibility that Japanese tech company Hitachi has claimed to have mastered. Sort of.

Using a newly-developed system called Hitachi Visualization Predictive Crime Analytics, the folks at Hitachi claim to be able to "specify potential crime scenes down to a 200-square-meter spot, and assign relative threat levels to every situation." (Quartz)

The "Crime Analytics" system does this by collecting and compiling data such as public transit maps, social media conversations, and weather reports in real-time to pick out patterns of where a crime might strike next, like so: 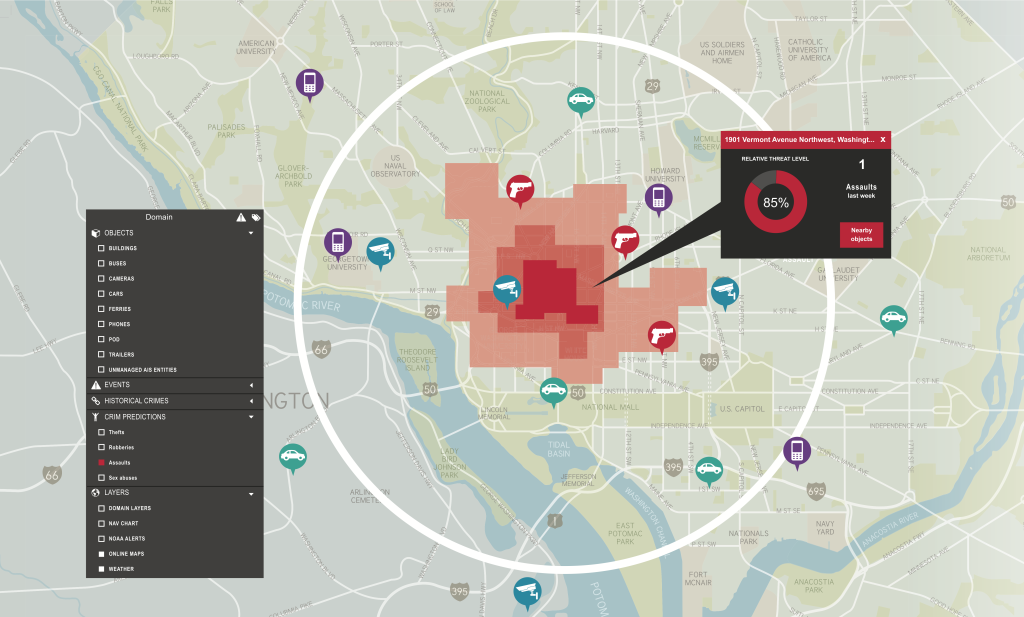 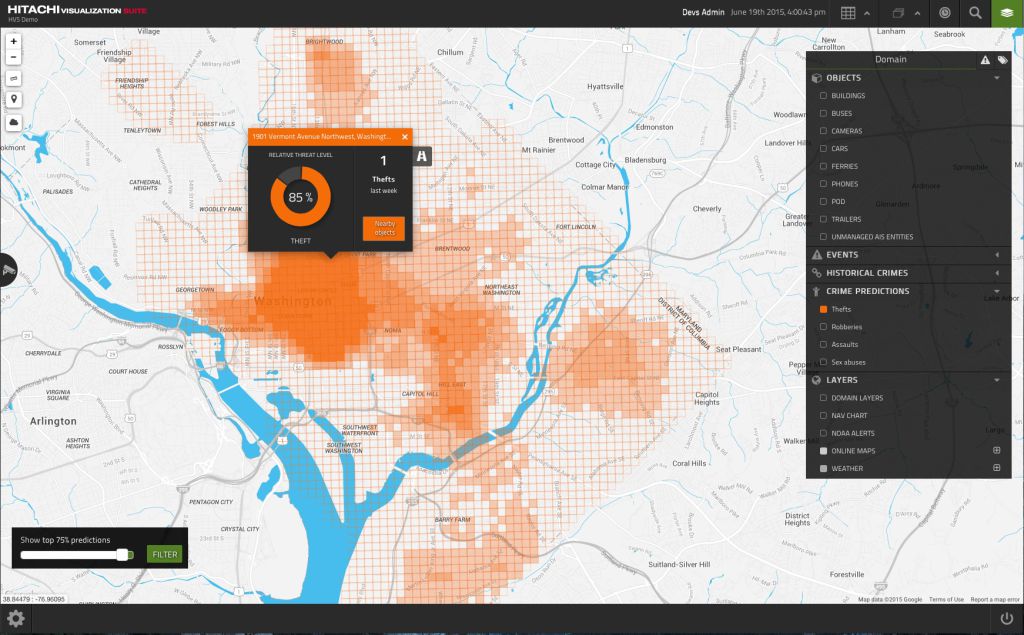 It's understandable to be sceptical of Hitachi's new system, but Darrin Lipscomb, an executive in Hitachi's Public Safety and Visualization division, seems more than confident in the technology. "A human just can't handle when you get to the tens or hundreds of variables that could impact crime," said Lipscomb.

And not only that, but Hitachi executives seem to think that, by simply using statistics to determine crime rather than the "instinct" of a certain officer, the HVPCA could potentially cut down on a very real issue here in America: police profiling. But couldn't such an inhuman approach to something as simply human as crime actually be a step back? Quartz'z Amy X. Wang argues that it very well may be.

"Hitachi's system, which the company plans to put into a trial run at police departments in a handful of unspecified cities starting in October, raises two major concerns," she writes.

"1) How accurate will the system be, and 2) What if the system unfairly profiles and targets innocent people as criminals?"

I don't know what she's so nervous about; it all seemed to work out fine for John Anderton, right? (Confession: I have neither seen nor read Minority Report.)