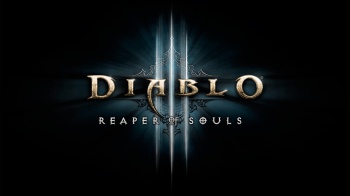 Could we be looking at the reveal of the second Diablo III expansion at Blizzcon?

Blizzard has just posted up a job posting on it's careers website, looking for an Art Director for an "unannounced project" in the Diablo universe. So what does this mean exactly for those of us who aren't perspective art directors? It means that Blizzard has some kind of Diablo project in the pipeline, and given the timing, we can only really think of one thing.

Consider these two things. 1: It's now been over a year since Reaper of Souls, the game's first expansion pack, launched. 2: BlizzCon is coming up next month. With World of Warcraft, Hearthstone, Heroes of the Storm and StarCraft II all having just had expansions either announced or released, that only leaves Diablo III (and I suppose, Overwatch) as the Blizzard franchise that's next up for a big announcement. Blizzard has been pouring quite a bit of talent and effort into Diablo III since its less-than-stellar launch, and the game is better than ever, with a consistently growing playerbase, so Diablo 4 is out of the equation. That only leaves a new expansion pack, which is what we think this job posting is for.

Reaper of Souls added a new class to the game, the Crusader, upped the level cap to 70, and added a whole new act. The next expansion will probably do something similar, with lots of people hoping that some of the other "classic" Diablo classes - the Assassin, the Druid and the Necromancer - may make their return.

Story-wise, it seems pretty obvious that Blizzard is setting up Imperius to be the next big-bad, and with the shattering of the Black Soulstone at the end of Reaper of Souls, we could also see Diablo and his cronies return.

Of course we could be way off and this could be a job posting for Super Diablo Pony Adventure on IOS.