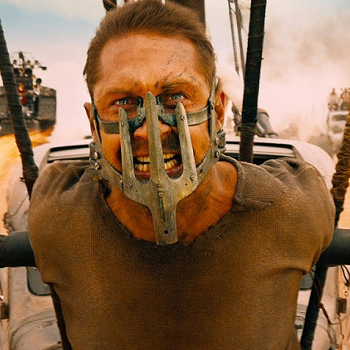 Following the financial and critical success of this summer's Mad Max: Fury Road, this seems like a forgone conclusion.

Pretty much everyone with a pulse went bonkers for the action-packed, Tom Hardy-starring Mad Max: Fury Road this summer. Having grossed over $375 million dollars worldwide and currently riding high with a 97 percent "fresh" rating on Rotten Tomatoes, you'd have to be naive bordering on delusional to think that the folks at Warner Bros. wouldn't milk the absolute hell out of this thing -- this is the company that just announced plans for a Dungeons and Dragons franchise, after all.

In any case, director George Miller recently discussed his future plans for the franchise with Top Gear, and wouldn't you know it, he's already got two back-to-back sequels in the works.

This film (Fury Road) was green lit three times and fell over three times over a decade. We went to shoot with Mel Gibson back in 2001, but then 9/11 happened, and the American dollar collapsed against the Australian dollar close to 30 per cent, so we lost that amount of budget overnight.

We were then rained out of Australia. The desert rained for the first time in 15 years, and we ended up in southwest Africa, Namibia. But in this process, we had dug down deep into the backstory, not only of the characters, but of every vehicle. How the steering wheels became religious artifacts and things like that.

So we ended up with two scripts, without really trying. We're talking to the studio (Warner Bros) about it as we speak, but which one of the two stories will happen next, I'm not so sure.

Given that Miller was able to pull off a rare feat in directing a highly-successful -- and perhaps more importantly, faithful -- sequel to Mad Max some 30 years after Beyond Thunderdome was released, it would be hard not to be excited to see what else he has in store. But according to Miller, he will first have to take a project less tasking before moving ahead with the gloriously over-the-top franchise that he owes his success to.

"I want to do a small film without special effects before I do any of that, just to do it quickly," said Miller. "We shot Fury Road for eight months... that's a lot. Every day in the heat and the dust, doing these stunts, it's very wearing. We've got two more planned, but at some point in the future."