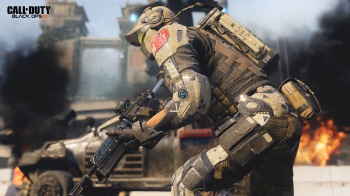 Nielsen Game Rank reveals Call of Duty: Black Ops III as the most anticipated multi-platform game of the holiday season.

Nielsen research group has published the results of its Nielsen Game Rank, an annual survey that reveals which games top the "most sought after" list for the holiday season.

This year, Call of Duty: Black Ops III topped the multi-platform list with a ranking of 98%, with Fallout 4 and Assassin's Creed: Syndicate trailing at 95%. Rounding out the top seven list are Need for Speed, Star Wars: Battlefront, Rise of the Tomb Raider, and Rock Band 4. All seven games are available on multiple platforms.

The most anticipated Xbox One exclusive is Halo 5: Guardians, while PS4's most sought after title is Uncharted: The Nathan Drake Collection. PC gamers are most excited for Starcraft II: Legacy of the Void, while Wii U's Yoshi's Wooly World tops Nintendo's list. 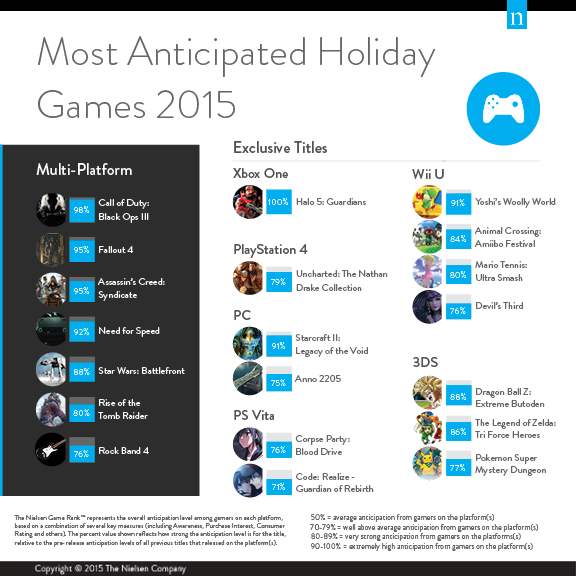