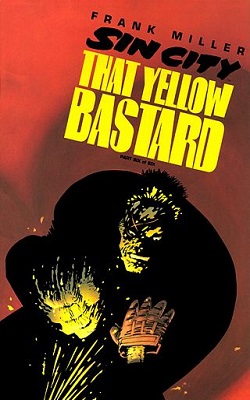 Frank Miller's next Sin City book will be "a love story set against the backdrop of World War II."

Frank Miller, in the world of comics, is a name both famous and infamous. Known for his work on a number of groundbreaking and controversial titles, one of his biggest contributions to the comic industry has easily been his Sin City series. Grounded in noir sensibilities and filled with more sex and violence than you could shake a revenge-crazed killer at, it made a big impression on comic readers after its release and would go on to inspire two feature films. If recent comments from Miller are any indicator, it's also not over yet.

Speaking today at a press conference for Dark Knight III: The Master Race, Miller revealed that he's currently working on another entry in the franchise. "My next book is set," he said. "I'm working on it now, in fact. It's a Sin City, a love story set against the backdrop of World War II." Miller wouldn't reveal anything else about the story but did offer a response when someone asked him who would win in a fight: Batman or Sin City's king bruiser Marv. "The fight's already over," he said. "Marv's sitting at the bar having a drink."

While many have soured on Miller in recent years thanks to some of his more extreme views and poorly received works, I personally wouldn't mind another good comic from him. He did, after all, produce some of the medium's best loves classics. That said, the enjoy-ability of a new Sin City would hinge on it being one of his good comics. Here's hoping the dice rolls that way.