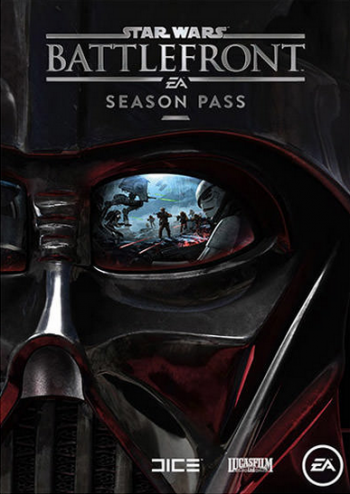 The Star Wars: Battlefront season pass will cost you almost as much as the game itself.

Well, it's 2015 and Star Wars: Battlefront is a game being published by EA games, so it should come as absolutely no surprise that it will also come with a hefty season pass, which you can of course pre-order right now for $50. Just after announcing that the open beta for Battlefront would be extended an additional day, EA announced the season pass and subsequent "ultimate" edition of the game, which for a whopping $120 will include all the content from the digital deluxe edition, and the season pass (at no discount).

As for the season pass, it will contain "4 upcoming expansion packs filled with new content, two-week early access to each expansion and an exclusive "Shoot First" emote." Anyone who has played any of the recent Battlefield titles will notice that the season pass is almost identical to Battlefield Premium in both description and price, so we can probably expect the same kind of content.

That's pretty much all the info we have on the season pass at this point, although EA did say it would reveal more information in the coming weeks - hopefully before the game is actually released.

This means that to get all of the content released for the game, you'll have to pony up $110. That's quite steep, and practices like this haven't worked out too well for some games in the past.

Will you be pre-ordering the season pass, or giving it a "wait-and-see" approach?