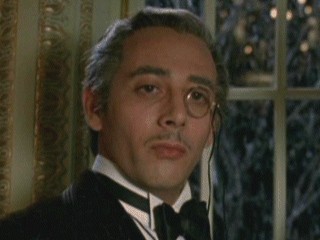 Paul Reubens, aka Pee-Wee Herman, is set to reprise the role of Tucker Cobblepot, father of Batman villain Penguin, on Gotham this season.

It was inspired casting once - why not do it again? Paul Reubens, better known as Pee-Wee Herman, is going to reprise the role of Penguin's father on Gotham in season two. Reubens first played Tucker Cobblepot in the 1992 film Batman Returns.

"He will be showing up very soon," said Penguin actor Robin Lord Taylor. Then he geeked out a bit: "Pee-Wee Herman is playing my dad! What the hell? Oh my god!"

In Tim Burton's film, the character came across as something of a lunatic disciplinarian. It's likely that quality remains, but Gotham has made a habit of turning well-known characters upside-down. Certainly, Reubens is a better fit for the father of Taylor than Danny DeVito - but who knows what living an entire life in the sewer, eating fish, will do to your figure.

This is all fantastic, of course. My fan-service alarm is buzzing - maybe more so than if DeVito himself was playing daddy Penguin. "They call me... Puffin". Or he could be the Toll Troll...