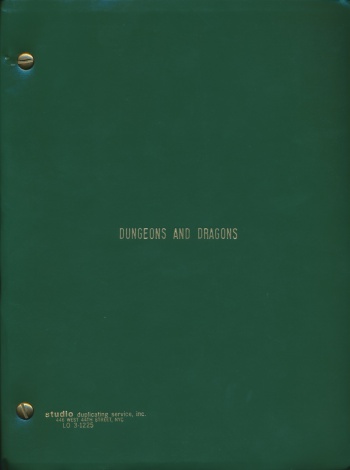 During a press junket, noted Dungeons & Dragons fan Vin Diesel said he wouldn't appear in any film adaptation that was less than amazing.

A new Dungeons & Dragons movie is coming; we, the players, just have to live with that. One fan in particular, however, may be able to ensure the upcoming reboot is not embarrassingly terrible.

Vin Diesel has been outspoken for years about his love for the pen & paper role-playing game. He is a great, unofficial mascot for the player base - he is at once proud of his gaming history, and confronts the image people have about our hobby. As big action star with a love for the source material, he's a natural pick for the D&D cast.

But it's his love for the game that might keep him away from such a project, if it doesn't do our world justice.

Speaking with Cinema Blend while promoting upcoming The Last Witch Hunter, Diesel had this to say:

"For me to do something like that, it would have to be so - I would be - they have to think really carefully, because it would have to be amazing." He also added, rather generously, "And the previous attempts of any kind of cinematic D&D film have failed and just haven't been done right."

Apparently, while just hanging out with Frank Miller, the comic artist told him the father of D&D wanted Vin in a film adaptation. "Gary Gygax, before he passed away, said that he wanted me to tell his story."

"So whatever it would be in the world of D&D, it would have to be very sacred. And that's how you get me."

Gygax had been hoping to get a movie off the ground since long before 2000's Jeremy Irons-starring flop. Maybe, in Diesel, he saw a chance to do things right.

Is Vin setting himself up to be our canary in the coalmine, where the fans can tell if the movie's bad by his lack of presence? Or is this some kind of Machiavellian grab - he has to be in, or else the film loses credibility...

Either way, color me impressed.