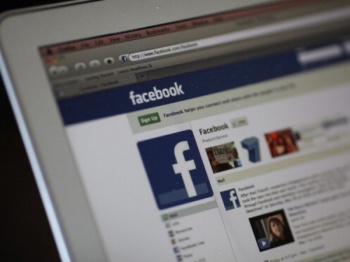 The past two years have been eye-opening when it comes to government surveillance, but the reaction from private corporations is just as interesting. Suddenly Google, Twitter, and even Microsoft were rushing to create security policies protecting customers from government surveillance, be it from foreign nations or the NSA. Now Facebook is making the process a little more obvious: If the social media website suspects you're the target of government-sponsored monitoring, you'll get a handy notification like the one below.

"Starting today, we will notify you if we believe your account has been targeted or compromised by an attacker suspected of working on behalf of a nation-state," Facebook's Chief Security Officer Alex Stamos said in a blog post.

"While we have always taken steps to secure accounts that we believe to have been compromised, we decided to show this additional warning if we have a strong suspicion that an attack could be government-sponsored," he continues. "We do this because these types of attacks tend to be more advanced and dangerous than others, and we strongly encourage affected people to take the actions necessary to secure all of their online accounts."

Stamos clarifies that receiving such a notification doesn't mean Facebook has a security breach. It's more likely your device is infected with government-level malware which is quietly monitoring your data. "It's important to understand that this warning is not related to any compromise of Facebook's platform or systems," Stamos continues, "and that having an account compromised in this manner may indicate that your computer or mobile device has been infected with malware. Ideally, people who see this message should take care to rebuild or replace these systems if possible."

Perhaps what's truly significant about this announcement is what we don't know. Facebook doesn't seem to disclose which country is targeting you, whether foreign or domestic. It's also refusing to discuss how it determines a state-sponsored attack has occurred, likely to prevent hackers from finding ways around it.

That all said, unless you're using Edward Snowden's Facebook profile the chances of receiving such a notification are very low. Still, knowing the option exists might give some peace of mind to security conscious individuals - at least until the next big data breach occurs.