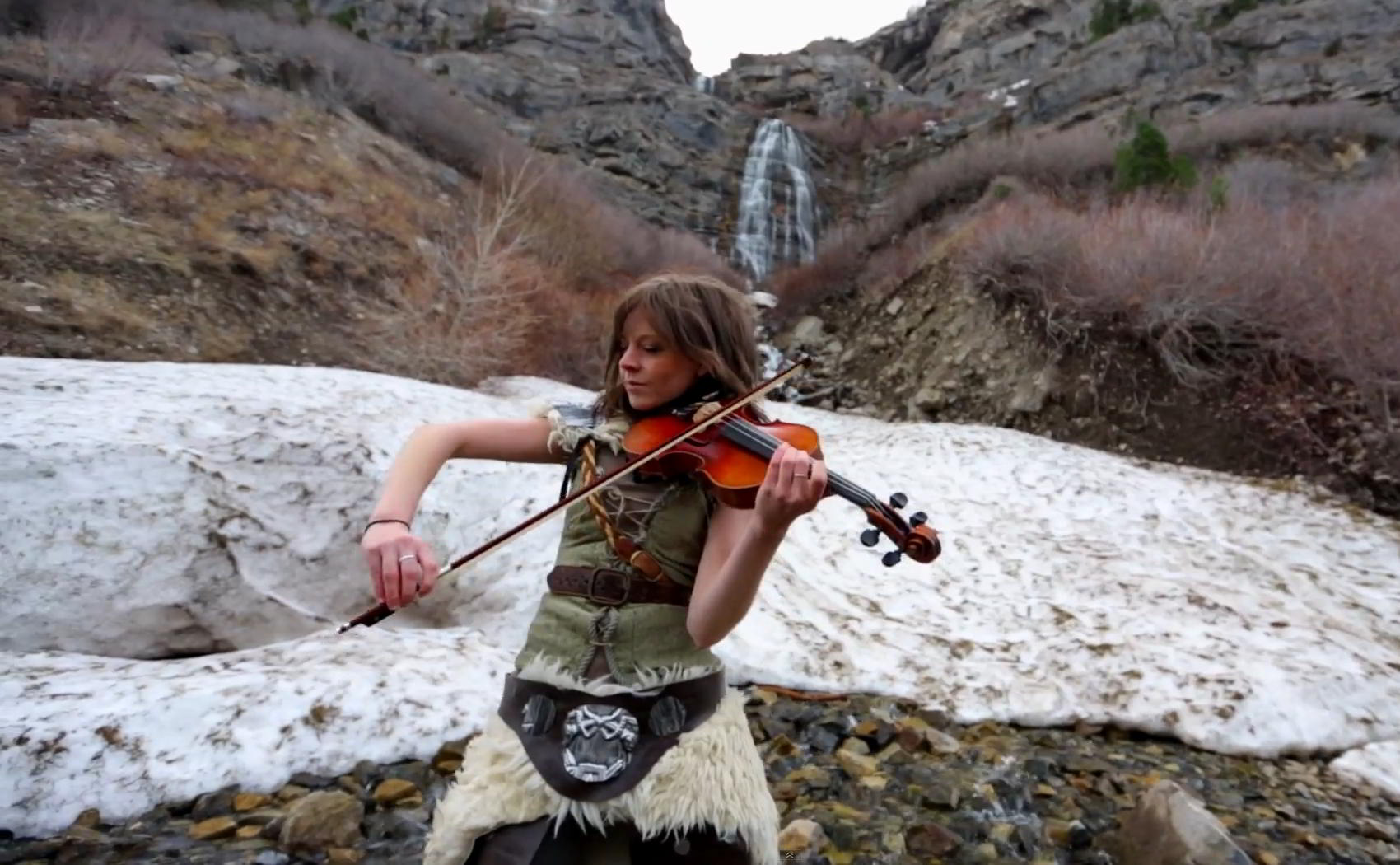 Lindsey Stirling dances and plays the violin at the same time, and in the process has become YouTube's fourth highest grossing personality.

She may not be as big of a star as PewDiePie in the video game space, but Lindsey Stirling (aka Lindsey Stomp) has made enough of a name for herself dubstepping, hiphopping and playing violin that she earned $6 million via YouTube last year, making her the fourth highest grossing YouTube personality, according to Forbes Magazine.

With PewDiePie ranked #1 and raking in around $12 million, Stirling is continues to build a name for herself with her entertaining videos - many with a fantasy or video game tie to them - and some damn fine music. We've mentioned her a few times on The Escapist with her Halo video, her Zelda tribute in full Link garb, and most recently, a video for Dragon Age: Inquisition.

Stirling started making videos in 2007 after no record label would take on her unique talent. Now, reports have her turning them away, as she does quite well on her own, thanks to the loyal fanbase on her YouTube channel. Of course, she also did get a boost from America's Got Talent.

"It's a very loyal fan base that wants you to succeed because they found you," Stirling told Forbes. "It wasn't some big radio station or record label that shoved art down someone's throat."

If you aren't familiar with her work (I wasn't), watch and listen and be entertained. I can surely see how she is so popular on YouTube.

And this one for fun.