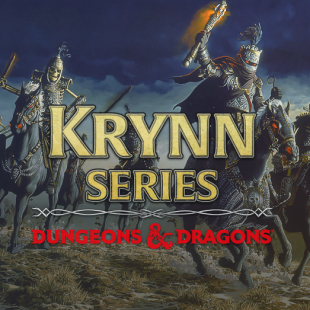 Fans of retro gaming may recall back in August when GOG announced that it, in cooperation with Wizards of the Coast, had re-released a significant collection of Dungeons & Dragons games. Included among these were a number of long unavailable classics and titles from the beloved Gold Box line which had never before been available as digital products. As impressive an achievement as it was however, there were still a number of titles missing from the site's D&D library.

Hoping to correct that hole in its catalog, GOG announced yesterday that it has re-released seven more Dungeons & Dragons titles. Split into three packs, the new additions include the Ravenloft series (Strhad's Possession, Stone Prophet), the Krynn games (Champions of Krynn, Death Knights of Krynn, The Dark Queen of Krynn) and the Dark Sun titles (Shattered Lands, Wake of the Ravager). All three collections are digital premieres and are being sold for $9.99 each.

Speaking about this new swathe of D&D releases, GOG's Oleg Klapovsky expressed pride over the site's role in preserving these titles for old fans and modern gamers to enjoy. "The missing pieces of cRPG history are coming back together," he said. "Whether it's the legendary Forgotten Realms, the extensive world of Krynn, the broken Dark Sun universe, or the gothic realm of Ravenloft - we're excited to be a small part of it all." We suspect there's more than a few gamers out there who are just as excited as GOG is.