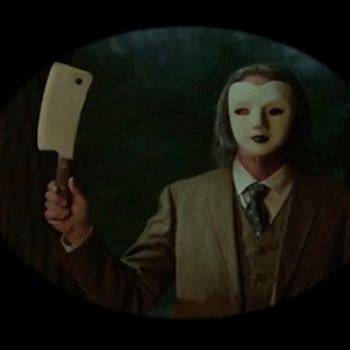 Could the man behind such whimsical comedies as The Grand Budapest Hotel and Fantastic Mr. Fox be the next great horror film director?

Despite being one of the more innovative directors to find mainstream success in recent years, Wes Anderson hasn't exactly been a director who you could label as "diverse." In fact, there isn't really an entry in his 10 film catalogue that strays far from the quirky dramedies for which he has become known. That these films regularly feature of the same core group of actors (Murray, Schwartzman, Wilson, and so on) only furthers the idea that Anderson might be a bit of a one-trick pony -- albeit a brilliant one at that.

Perhaps growing aware of the somewhat repetitious, bordering on self-parody nature of his past few projects, Anderson recently spoke at the Rome Film Festival about his desire to someday foray into the horror genre.

"Horror is an area where if a filmmaker really wants to use all the tricks, the techniques to affect your emotions...." said Anderson.

What do you guys think about a potential Wes Anderson horror movie? The man has an eye for detail and a distinctive visual style, no doubt, which could easily translate into a haunting, fairy tale-like horror movie in the vein of Suspiria or other Giallo fare. On the other hand, his tendency to cut together jarring, rapid-fire sequences almost inherently clashes with a genre that is most effective when elongating a scene or holding on a specific moment to create tension.

Take this year's best horror film (in my opinion), It Follows, for instance. Using prolonged and unbroken takes, director David Robert Mitchell was able to create an atmosphere of constant, gut-wrenching dread that carried from the very first scene until the film's climax. Unless Anderson is going to opt for the jump scare route (which he seems much too smart to do), he would almost certainly have to go outside his regular bag of tricks to make a truly effective horror film.

It's not like a shift in tone, dramatic as it may be, would be something a seasoned pro like Anderson couldn't pull off -- we've seen gifted comedic actors like Robin Williams do as much in One Hour Photo to incredible effect. But until he decides to bring his dreams to fruition, we'll just have to keep watching "The Midnight Coterie of Sinister Intruders" and wonder what could've been.