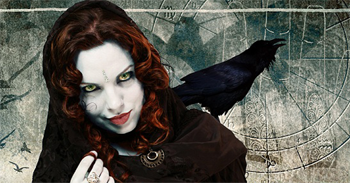 Paradox Interactive has announced their acquisition of White Wolf Publishing, the company behind the popular World of Darkness roleplaying franchise. The company, which holds the intellectual property for game series including Vampire: The Masquerade and Werewolf: The Apocalypse, was acquired on October 26 from former owner CCP Games in an all-cash deal for an undisclosed sum.

As a subsidiary of Paradox, White Wolf Publishing is set to operate as an independent entity with a dedicated team, led by former Paradox EVP of Business Development Tobias Sjögren, who will now serve as CEO of White Wolf. The company will (according to a press release announcing the sale), "pursue development opportunities across relevant categories of games" under the brand.

Founded in 1991, White Wolf Publishing produced multiple lines of tabletop roleplaying games, novels, and collectible card games while licensing their World of Darkness properties for several video games. The company was acquired in 2006 by EVE Online publisher CCP Games, which sought to develop an MMO based on Vampire. Following nearly a decade of development, work on the proposed MMO ceased in April of last year.

It's unknown at this point how the change may affect current licensees of White Wolf properties. A statement on the White Wolf Publishing website states that the company aims to, "centralize all aspects of the universe to manage it with the love and care it deserves," and that they are, "re-evaluating our business relationships to make sure we're working with the best creators, developers and artists". A tweet from Paradox CEO Fredrik Wester has promised further details on these partnerships in the coming weeks.

For what it's worth, Onyx Path (which has been producing tabletop products based on World of Darkness and Exalted since 2012) has expressed excitement at the opportunity to work with Paradox. But the change could put Onyx Path in an interesting predicament, with hundreds of thousands of Kickstarter dollars having been collected to publish these products, including a campaign started less than a week ago to publish a deluxe version of their planned Shattered Dreams sourcebook for Werewolf.