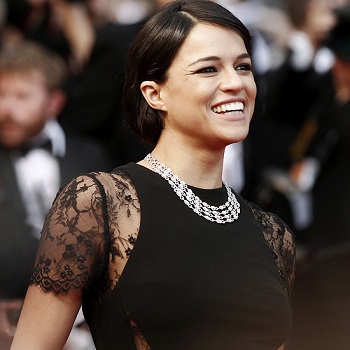 Tomboy, A Revenge Tale is already coming under fire from transgender rights groups for its sensationalistic plot.

Hollywood has come under increasing fire as of late, from both inside and out, for its perceived lack of diversity when it comes to empowering, female-centric roles and franchises. Zoe Saldana has repeatedly spoken out about the number of "stereotypical" "bombshell" roles she has turned down in the past, as has Carey Mulligan, Viola Davis, and scores of other talented, well-known, and grossly undervalued actresses.

And it's not like these claims are off base. A study conducted by San Diego State University last year found that just 12% of the top-grossing films of 2014 featured women in lead roles, a drop of over four percentage points since 2002. Even the Federal Equal Employment Opportunity Commission has recently undertaken an investigation to determine whether or not legal action could be taken against several major Hollywood studios for blatant discrimination against female film and TV directors.

Hollywood's answer to these discriminatory/sexist claims? To cast a female lead in a movie about a man who is betrayed in the form of gender-reassignment surgery, of course!

As crazy as it might sound, that is actually the plot of Tomboy, A Revenger's Tale, an upcoming film starring Michelle Rodriguez and Sigourney Weaver, with 48 Hrs. director Walter Hill at the helm.

The Hollywood Reporter passes along the film's synopsis.

The script, written by Hill from a story by Denis Hamill, centers on an ace assassin who is double-crossed by gangsters and falls into the hands of rogue surgeon known as "The Doctor," who turns him into a woman. The hitman (now a hitwoman) sets out for revenge, aided by a nurse named Johnnie, who also has secrets.

So basically, it's like Face/Off, but with genitals instead of faces.

As you might expect, transgender rights groups like GLAAD have lambasted the film as sensationalist, gimmicky project attempting to capitalize and cash in on a controversial social movement, writing, "We are at a crucial moment in the public's understanding of transgender issues, and stories like these have the potential to undermine the progress we've worked so hard to achieve." Even if you're not the most politically correct person, it would be hard not to see where they're coming from.

But hey, at least women in Hollywood are finally receiving the blockbuster, protagonist roles they deserve, right? Right?! Anyone?!!