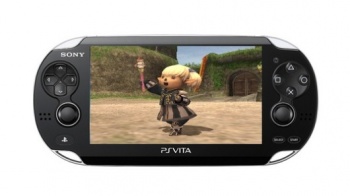 Earlier this month, we ran a story from Sony's SVP Masayasu Ito who claimed that "Currently, first-party studios have no titles in development for PS Vita." Now, it looks like Sony Europe Boss Jim Ryan is disputing that information, claiming that while there are no AAA titles in development for the Vita right now, it doesn't mean that first-party support has been dropped.

To clarify what was said about Vita, which was either misinterpreted or misreported: I think what was said was that we're no longer in the business of triple-A development of games for Vita," Ryan told VG24/7 in an interview. "But there is still first-party Vita content being worked upon."

He continued to stress that Sony hasn't abandoned the Vita, and that "We do view [the Vita] as something that will be of considerable long-term importance. I'm aware that might come across as a bit mealy-mouthed, but I think that's probably about as much as I can say."

Ryan neglected to mention what kind of games were in development for the Vita, but at least it's good to know that the ailing handheld hasn't been completely abandoned.