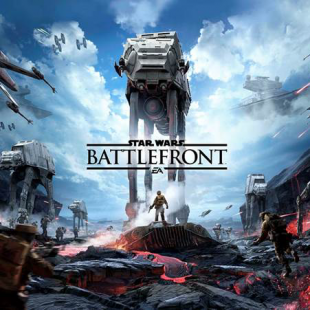 According to new reports, EA now expects Star Wars: Battlefront to sell more than 13 million copies before the end of 2016's first quarter.

More than nine million people played DICE's beta for Star Wars: Battlefront this past September. Setting aside the fact that the beta was free to play, it's a significant number and one that, if nothing else, has been a confidence booster for the game's development team and its publishers at Electronic Arts. In fact, the beta's success has led the publisher to raise its sales predictions by some significant margins.

How much you ask? Well, according to statements from the company, Battlefront is now expected to sell more than 13 million copies by the end of March 2016. Those estimates are up from the 9-10 million copies EA had expected to ship just six months ago. Speaking about its increased expectations, the company cited the high level of interest the game has generated among both gamers and Star Wars fans as being the source of the boost. "What we have seen is that Star Wars is bringing in two groups that are very important groups to us," said CEO Andrew Wilson, in an interview. "One are gamers that have lapsed, traditionally who have been big gamers in the past and maybe haven't played for a while. It's certainly been a catalyst for those people to come back into the gaming universe as it relates to console. And two, onboarding a new younger age demographic." Adding further comment, COO Peter Moore also alluded to strong pre-order sales as being a factor. "Our ability to be able to deliver against this is solid and the pre-orders are excellent," he said.

Wilson would go on to add that more Star Wars titles are in the works and will likely see the light of day when EA and Disney have another chance to take advantage of heightened audience "engagement." We're not necessarily sure there will ever be a time quite as opportune as weeks away from the first new Star Wars movie in years, but we get what they mean. If we were going to release a new Star Wars game we'd wait for the franchise's hype machine to be running at full force too. Star Wars: Battlefront will hit PCs, PS4 and Xbox One on November 17th.