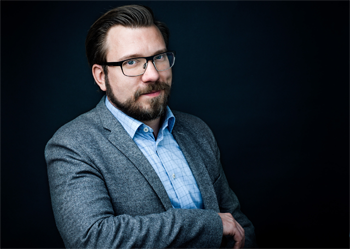 We asked its new CEO about where the company will go following acquisition by Paradox Interactive.

Yesterday, Paradox Interactive announced their acquisition of White Wolf Publishing from CCP. The new White Wolf will be an independent subsidiary of the strategy computer game publisher, according to its new CEO Tobias Sjögren in a phone conversation earlier today.

"We set up a daughter company to Paradox," says Sjögren, "because we of course will find a lot of really great synergies and things we can do together with Paradox. It's very close to do products that way. But White Wolf is so much more and Paradox certainly not the only publisher who can publish games based on these IPs, not the right publisher for all types of games we can do."

While the plan for the new company is keeping things open for publisher involvement other than Paradox, Sjögren expects that the first video game projects will likely come from them.

"We've been working on this deal for quite some time. So, we have some good ideas in Paradox, some exciting concepts that we want to try out as soon as possible. It is, of course, easier to get started with that at Paradox. I would expect the first products to come to Paradox. But we've definitely started talking."

As to what they're talking about, Sjögren called back to previous video game adaptations of Vampire and Hunter as being, "well suited to their respective IPs," and that White Wolf is looking at first-person and multiplayer co-op games along those lines. "But," adds Sjögren, "with Paradox in the mix we're going to try to do some strategy things as well," so there's still hope for that Crusader Kings II style management simulator everyone really wants.

Beyond simply operating as a licensing body, White Wolf will be taking an active role in the future development of products in the company's flagship line, World of Darkness. They will develop a central meta-story, what Sjögren referred to as, "One World of Darkness," which will be incorporated into licensed products going forward. Handling this will be White Wolf's Lead Storyteller, Martin Ericsson, who previously served as a Senior Content Designer on CCP's aborted World of Darkness MMO developing its narrative systems and stories.

"For Paradox, this is an investment where we want to see our money come back, but we're doing because of a love of the IPs as well. With this kind of property, you need to take care of it and show it the love it deserves to make it develop and get other people excited about it."

What this means for current licensees of White Wolf properties is something that's still in development, as the company re-evaluates relationships previously established by CCP. "We've just taken over the legal ownership of all of this," Sjögren noted. "Right now we're reaching out to them and starting the discussions about how to move forward. So, it's a little too early to say how it will play out with everyone, but we'll definitely review all the current deals and continue with the ones that make sense."

That said, Sjögren also made it clear that White Wolf intends to license the IP into as many channels as possible, noting that plans will include traditional tabletop roleplaying supplements. They are working with By Night Studios, the current licensee of the Mind's Eye Theater line of live-action roleplaying products, to develop more around that concept as well.

While World of Darkness isn't the only property to have changed hands in the acquisition, it is where the new White Wolf will be focusing its attention. "Vampire and Werewolf are the strongest ones, but there's definitely a lot," said Sjögren. "I think that's a strength of this kind of IP catalog. There are all of these different ways into looking at this universe. We're intending to work with all those IPs.

"There's a lot more that's going to happen. I hope we can tell you more plans in the future. Right now, it's just figuring out what the next step is."