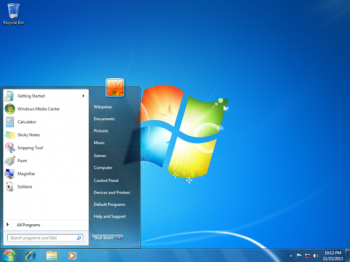 Six years after release, it's clear the PC market still loves Windows 7. Microsoft's 2009 operating system not only avoided many of Vista's mistakes, it proved to be an incredibly robust product in its own right. In fact, as recently as last year Hewlett Packard was running promotional campaigns which endorsed it over Windows 8. But all good things come to an end, represented by Microsoft updating its Windows Lifecycle Fact Sheet. You officially have one year left to buy a new Windows 7 PC, which retailers will stop receiving on Oct. 31, 2016.

Windows 7's end-of-sale period has been a long time coming. Microsoft typically sets this date for two years after a new OS launch, but Windows 8's lackluster reception granted it a reprieve. But now that Windows 10 is receiving positive reviews - outside of a few hiccups - Microsoft is winding down production of the beloved OS. Windows 8 PCs will also end production on the same date.

To be clear, this doesn't mean support is ending for Windows 7. Microsoft will keep releasing updates and automatic fixes until Jan. 14, 2020, with Windows 8 following a few years later. You'll even still have time to buy Windows 7 PCs while remaining inventories hold out. But it does mean time is limited, since retailers and Original Equipment Manufacturers won't be allowed to construct any further Windows 7 builds.

By that point, Windows 10 should have enough of the kinks worked out so that average customers won't mind the prior system being discontinued. But if you really prefer Windows 7 over 10 for some reason, you should mark Oct. 31, 2016 down on your calendars. After that date, new Windows 7 PCs will be in short supply.