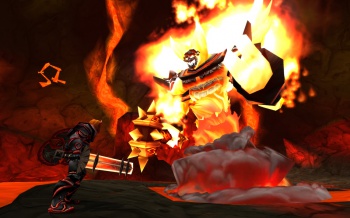 World of Warcraft's latest official subscriber count - 5.5 million - will be its last.

It's no secret that World of Warcraft has been bleeding subscribers over the last few years, mostly thanks to Blizzard's diligent quarterly reports of its subscriber numbers. However, it has now announced that the latest count - 5.5 million - will be the last, as it is bringing its regular subscriber reports to an end.

"Note that this is the last quarter that we plan to provide subscriber numbers," the company said. "There are other metrics that are better indicators of the overall Blizzard business performance."

Just FYI, the latest figure of 5.5 million represents a loss of around 100,000 subscribers from last quarter, putting the game's player base at a nine-year low. Given this fact, it's no surprise that Blizzard would stop its reports - after all, it isn't great business sense to tell people it is bleeding subscribers every month.

As for what these "other metrics" are, Blizzard parent company Activision Blizzard didn't offer up any immediate information, but we can assume they will involve numbers concerning the developers new cash cow - Hearthstone.

WoW's upcoming expansion - Legion will be on display at BlizzCon this weekend, and Blizzard has stated it plans to release expansions for the games a a much more frequent rate than prior.

Personally, I really wish Blizzard would just put WoW to bed and work on a new MMO. I was really bummed when Titan was cancelled, and would love to see an MMO set in one of it's other universes (World of Starcraft, anyone?)