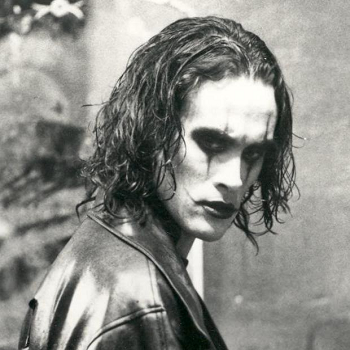 Now all they need is, you know, a lead actor.

Relativity Media's The Crow remake has been one of those movies that was seemingly destined to be trapped in development Hell for the foreseeable future. It's already seen four directors -- Stephen Norrington, Juan Carlos Fresnadillo, and F. Javier Gutierrez -- sign on and almost immediately back out of the project, and last year alone, it lost two different leading men in the form of Luke Evans and Jack Huston. Throw in the fact that Relativity had to file for Chapter 11 bankruptcy back in July, and you've got yourself a movie with a smaller chance of being made than Birth of a Nation 2.

But lo, there is hope.

Following the sale of Relativity Media to an investor group led by film producer Ryan Kavanaugh last month, it appears that The Crow reboot is not only happening, but that it will serve as the project that lifts Relativity from the bowels of mediocrity.

The Wrap is reporting that production on the reboot are set to begin in March. While no lead actor has been chosen yet, Corin Hardy -- whose indie horror flick The Hallow recently premiered to rave reviews at the Sundance film festival -- has signed on to direct (and in fact, agreed to a holding deal some time ago).

Adding to the sudden legs The Crow has beneath it is comic book creator James O'Barr, who has not only placed his stamp of approval on the reboot, but claims that it will adhere to his source material almost page-for-page. One huge exception, of course, will be that Top Dollar, the antagonist played by Michael Wincott in the 1994 original will be a woman this time around.

"It's not what people might expect. She's the girlfriend of one of the gang members, and not necessarily the head of the gang, like everyone thinks. It's adding more layers to the bad guys. They all have extra backstory in this one, and get a little more screen time than I gave them in the book," said O'Brien.

With between 10 and 20 million dollars already invested in The Crow dating back to 2008 (according to who you ask), it's clear that the success of this reboot will say a lot about the future of the new Relativity Media. With many fans of the original already arguing that the studio should just leave well enough alone, how do you see The Crow fairing should it actually see a release date?