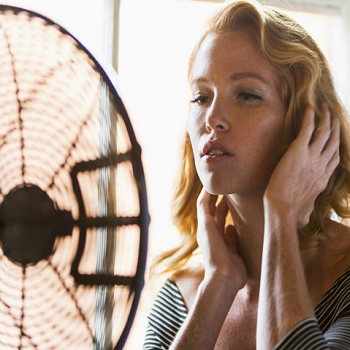 For the love of God, no one tell Al Gore.

There have been a myriad of political, environmental, and socio-economical problems pinned on climate change in recent years -- from the obvious effects like global warming and species extinction to the more long term ones like polluted air effects on our health and a potential malnutrition crisis.

But among the devastating effects that climate change has wrought, there might be one unforeseen consequence that finally stirs each and every last one of us to action: Sex, and specifically, a lack thereof.

Yes, according to a new study conducted by the National Bureau of Economic Research, the increasingly warm weather caused by global warming is leading to a lowering of "coital frequency," as they define it.

The study included three economists from Tulane University, the University of California Santa Barbara, and the University of Central Florida and used a dataset of birth rates and temperature records in the US spanning from 1930 to 2010. They ultimately found a significant decline in the birthrate in the 10 months that followed a month when the temperature was hotter than 80 degrees Fahrenheit. 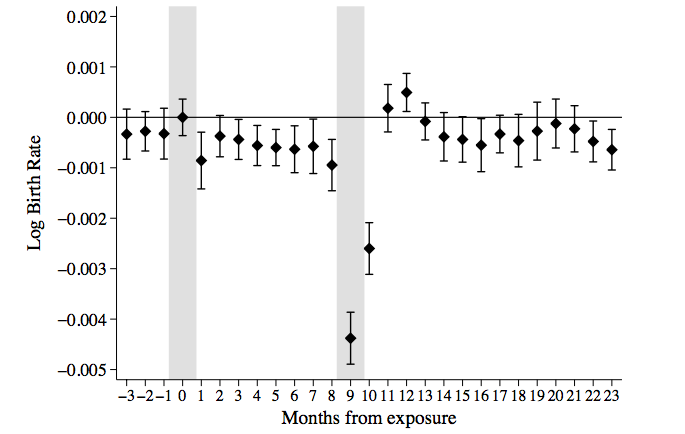 Gizmodo offers a breakdown of the data.

Eight months after a heat spike, birth rates had decreased by .06 percent. Nine months after, it was a much larger .39 percent decrease, or about 1,165 fewer births. Ten months later, the number goes back down to .21 percent fewer births. Fascinatingly, they also describe a "rebound effect," where 11 to 13 months after a heat spike they saw a marked increase in births-as though people had until cooler weather to conceive, whether cognizant of it or not."

"What they found-and keep in mind, as a working paper, this data hasn't yet been peer-reviewed-was a predicted 2.6 percent decline in births in the future-put in birth terms, 107,000 fewer births. Broken down by region, the Northeast will be the most affected with a 3.2 percent decrease, followed by the Midwest at 2.8 percent, and the South by 2.8 percent.

Also mentioned in Gizmodo's write-up is the fact that these numbers fail to take into account several x-factors, like human adaptation to the increasing heat (be it with air conditioners or otherwise) or the potential of "a large-scale migration." Overall though, the study finds that babies "will be at risk for low birth weight and other health effects" if temperatures continue to rise at the current rate.

Perhaps it's time for An Inconvenient Truth 2: Global *Relations* to spread the word?