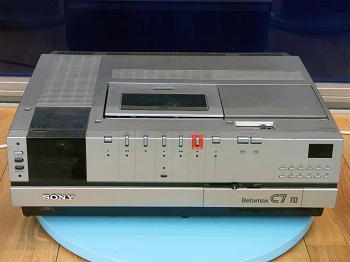 Forty years after Betamax entered production, Sony has announced it will cease production of the maligned cassettes.

The first Betamax cassette player rolled off a Sony production line in 1975, attached to a 19 inch television. A short time later, rival Japanese corporation JVC launched their own open format, the Video Home System or VHS, to compete with Sony's market domination.

So which wistful, nostalgic Sony executive was keeping this product going? Which spiteful up-and-comer ended it? We may never know. All that we can truly be certain of is that HD-DVD was robbed. Long live HD-DVD!