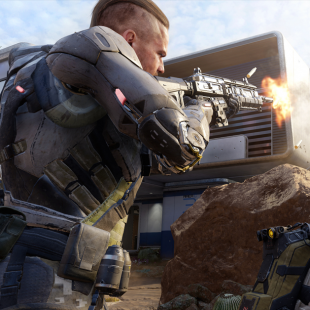 According to Activision, Call of Duty: Black Ops III is "bigger than any [other] game, any movie, or any entertainment launch this year."

If there's one franchise that can consistently be counted on to print cash for its creators, it's Call of Duty. While some entries have performed better than others over the years, the series has produced a string of mega-hits that's almost peerless in the gaming industry. Whenever a new Call of Duty releases, few even bother asking anymore if it was a hit. It's more useful to just how big a hit it was.

For those wondering about the latest iteration in the popular franchise, the answer is pretty danged big. According to information released by Activision, Call of Duty: Black Ops III has earned more 550 million dollars in global revenue since it hit store shelves three days ago. The publisher would go on to reveal that its sales have been significantly better than the past two Call of Duty games: Ghosts and Advanced Warfare. It also shared that digital purchases of the game's Xbox One and PS4 editions rose nearly 100 percent when compared to Advanced Warfare. Feeling perhaps understandably boastful, the company claimed that the game's success has made it "bigger than any [other] game, any movie, or any entertainment launch this year."

It's worth noting, of course, that $550 million in three days isn't exactly the best the franchise has ever done. 2012's Black Ops II, for instance, made 500 million dollars in a mere 24 hours. That being the case, Black Ops III's performance is still undeniably impressive, especially when you factor in how much earlier we are in the current console generation when compared to 2012.