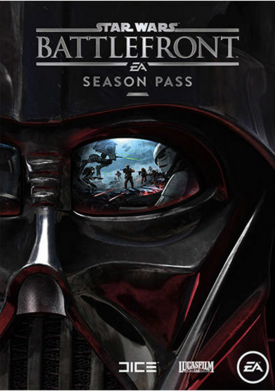 Star Wars: Battlefront releases tomorrow and while some have expressed disappointment with the latest incarnation of the franchise, others are chomping at the bit to get their hands on it. Hoping to give these same eager gamers incentive to advance purchase the game's DLC, Electronic Arts and DICE have recently revealed the contents of Battlefront's season pass.

According to a posting on the official Battlefront website, the game's season pass will grant players access to "[four] epic expansions packs" that will include "20 new pieces of tech," four new heroes and villains, 16 multiplayer maps "featuring new locations" and an exclusive "Shoot First" emote. The season pass will also grant purchasers two weeks of exclusive early access to new DLC packages when they become available. The season pass is already available for pre-school and costs 49.99. The first DLC package for the game will release "in early 2016."

Speaking personally, while I am looking forward to Battlefront (Amazon confirmed that my copy shipped this morning), I'm not entirely sold on buying its season pass. Setting aside the fact that it's another 50 dollars to lay down on top of what I just spent buying the game itself, there's something about spending money on something I don't know the precise contents of that just rubs me the wrong way. Don't get me wrong, when the DLC packs actually arrive and deliver new goodies that I want, I'll happily fork over some cash to pick them up then. Until then though, I think I'll survive.