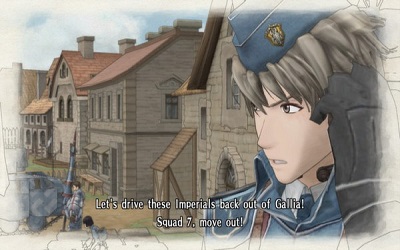 But will it see a release outside of Japan?

While the PlayStation 3 would eventually host some of the best games of the last console generation, its early library was a tad on the lackluster side. It wasn't uncommon for early purchasers to go months without receiving any new titles of note. Those sad days weren't without a few shining stars, however. 2008's Valkyria Chronicles, for instance, provided gamers with a gorgeous experience that led players through an enjoyable and emotional story built around unique gameplay that combined third person shooters and turn-based strategy RPG. Sadly, the game would go on to be something of a sales bomb in North America, quickly forcing the franchise off of the PS3 onto the cheaper-to-develop-for PSP. That being the case, its publishers at Sega have now revealed that the franchise will soon be receiving another sequel and that it will be coming to the PS4.

The news came in the latest issue of the Japanese gaming magazine Famitsu where it was announced that Valkyria Chroncies IV is in development and being planned for release alongside a PS4 remaster of the original PS3 game. Sadly, Sega neglected to mention any sort of release window for the remaster or Valkyria Chronicles IV. That said, the Famitsu article did reveal that the subtitle for the new sequel will be Valkyria of the Blue Revolution.

The big question, of course, is whether or not the new sequel and remaster will be making their way west. A few years ago, I might have said no. Sega, after all, still hasn't gotten around to localizing Valkyria Chronicles 3 (which is a shame because it's supposed to be great). That said, last year's PC port of the original game did very well on Steam and it's possible that its success could be enough to convince Sega to give the new sequel a chance in this market as well. Keep your fingers crossed guys.