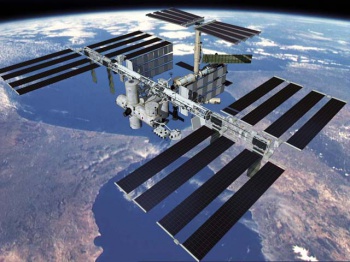 The United States Congress has passed a bill which allows companies to pursue resource gathering missions in outer space.

At this point, it's absolutely clear humans will soon get back to space exploration missions - the real questions are when and how. Which makes the SPACE Act of 2015 worth paying attention to. This new bill aims to regulate the commercial space industry, address the role of the International Space Station, and allow companies to legally own resources obtained from asteroids. But the most important detail? This bill has passed in the United States' Congress, and just needs to be signed by President Barack Obama to become law.

"Commercial space exploration presents important new opportunities for us all," Senator Ted Cruz said. Cruz is one of the bill's authors and a chairman for the Senate Commerce Subcommittee on Science, Space, and Competitiveness.00

The SPACE Act is the first bill to reframe space industry regulations in ten years, so it has quite a bit of ground to cover. For example, Section 1 addresses safety regulations which cover the entire space industry. It also extends American use of the International Space Station until 2024.

But the most significant details are rules for asteroid mining. The SPACE Act effectively grants companies full rights over any resources they acquire from space, but doesn't offer them any claim on property rights. In short, companies own what they find on asteroids, but can't actually develop long-term settlements there. Presumably a separate colonization bill would need to address those matters, which obviously has its own set of unique concerns.

One last matter worth considering is regulation, or more specifically, how there won't be any right away. The SPACE Act gives companies a "learning period" of eight years before the Federal Aviation Administration steps in with its own recommendations. To be fair, space missions take a long time to plan, so you shouldn't expect corporations to rush into space and wage asteroid wars the moment Obama signs this into law. But space companies will probably forge their own policies which the FAA will take into account on Oct. 1, 2023.

While there are still gaps the bill doesn't cover, it's absolutely necessary given how many space exploration companies are itching to go to space. "We've seen a rapid increase in the numbers of space companies," US Representative of Rockledge Bill Posey explained, "and they're developing new technologies every single day, in a race to the stars." So if this bill kicks off a new space race, we could be in for an incredibly exciting decade.