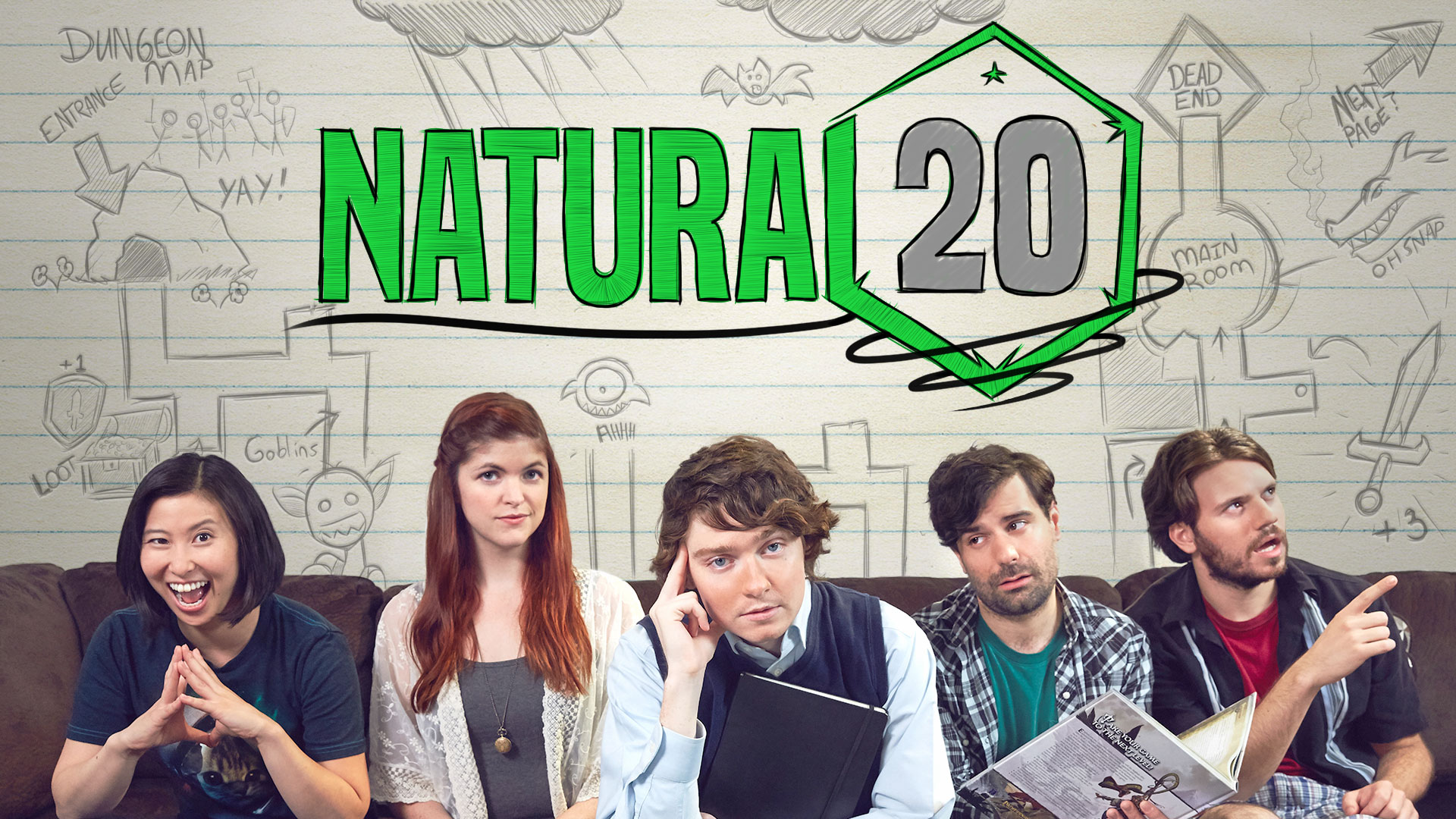 Update: It's almost time! Starting tomorrow, Natural 20's inaugural season will start rolling out right here on The Escapist. If you missed the original announcement, keep scrolling for the details, but if you've ever been checking for traps when your ornery dwarf companion kicks in the door, triggering a fiery explosion of doom, you'll be able to relate.

Web comedy series Natural 20 will be bringing the clatter of dice and laughter to The Escapist starting Thursday, January 7.

Here on The Escapist, we have a soft spot for tabletop roleplaying-inflected comedy. In fact, we have a long history of it. That's why we're bringing you the comedic, absurd, oddly real, and sometimes awkward stylings of Natural 20 to the site come January. It's a series based in a kind of reality, where a group of anti-social misfits gather to wage as many epic battles in a Pathfinder campaign as they do among themselves. (Pathfinder is a d20 Fantasy game, like Dungeons & Dragons, for the lay people among our readers.)

Natural 20, in the words of its creators, is about "a group of friends who make the worst decisions possible in a game of infinite possibilities." With The Escapist picking up the series, we'll be bringing all-new episodes here. We're excited to see not just a team of interesting people doing good comedy, but ones who clearly get that while you can pay homage to the old fantasy gamer jokes, it's always best to work out your own stories.

As The Escapist's resident tabletop fanatic, I'm pleased to see that their Dungeon Master works with the same time-honored, proven traditions of game mastering that I do - ones you can see in action, for example, in our past live Dungeons & Dragons broadcasts:

If this is the first you've heard of the show, you can catch up with Natural 20 on Facebook, Twitter or their YouTube channel. You can also check out their scrappy, upstart production company Transplant Films And then, come January 7, follow them right here.

Curious about the series? Here's the first episode of the pilot season. If you've only got a minute, jump to 3:40 for a mandatory tavern brawl.