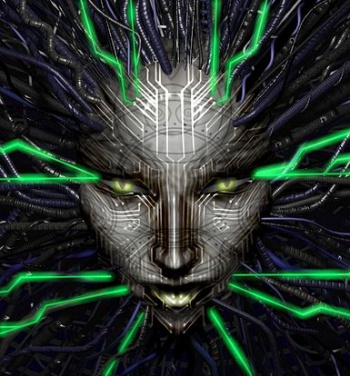 Programmer Lars Eidnes has programmed a recurrent neural network that can generate "formulaic and unoriginal" content, modelled after websites which rely on "clickbait."

This puny human proved its worth to its robot overlord. You'll never believe how!

13 Signs Your Pitiful Organic Body is Less Efficient Than Your Mechanical Superiors' - #11 =TRUE!

These, sadly, are not headlines generated by the recurrent neural network one Lars Eidnes has put together, though his results are amusing in their own way.

Lars sees that modern newswriting has become largely formulaic, so much so that a simple (or not so simple, really) computer program could do the job, freeing up writers for useful work. No offense taken, Mr. Eidnes!

You can see his strange, beautiful, hilarious results at Click-o-Tron, "possibly the first website in the world where all articles are written in their entirety by a Recurrent Neural Network." Visitors to the website can choose to vote articles up or down, depending on their own criteria - which is most humanly-sounding, which is funniest, which is the least grammatically offensive, and so on.

Fans of Magic: The Gathering have already had plenty of fun with neural-network-generated cards.

Each element of one of his AI-produced articles builds off the previous one. First, the headline: the neural network trawls the databases of several websites, such as Buzzfeed, Upworthy, Gawker, and so on. It then slices and dices the headlines until it has something vaguely grammatical. From there, an article is generated in a similar fashion, but seeded with words from the headline in order to maintain the appearance of thematic consistency.

Each image header comes from searching Wikipedia with the headline's words.

It all comes together to form an uncanny version of a familiar style of article, replete with no new content or information whatsoever. It's a little bit beautiful.

Now, if you'll excuse me, I need to get back to writing tomorrow's science article, 'Dinosaurs Are Stalking National Parks, Says Local "Scientist."'