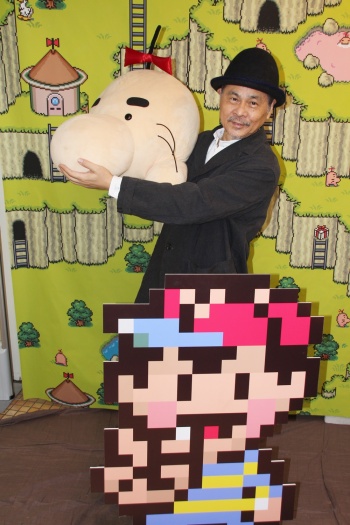 Mother lead designer Shigesato Itoi says that it is impossible for him to create a forth entry in the series.

In the west, Shigesato Itoi is known for his work on the EarthBound video game series. But in Japan, where the series is known as Mother, Itoi's talents stretch far further than game design. He is best known in his home country as a copywriter and a commentator, and has absolutely no desire to put his game designer cap back on for a Mother 4. His reasoning? "Among big-time pop stars, if they, you know, put out ten albums, around the fourth album, they can't make very good songs. The albums sell, but everyone at the concerts wants to hear songs from those first three albums. Everyone."

In an interview with Game Watch Impress, Itoi actually goes on to state that working on a new Mother title is "totally impossible" for him, meaning that if we see another title, it won't have his name on it. "I'm glad that video games are not my profession," he said. "If it was my job, I would've already made [Mother] 4 and 5."

So there you go, if there ever is a Mother 4, Itoi won't have anything to do with it. You can be angry with him for that, but you have to at least admire his integrity: there's not a lot of developers who would shy away from quick cash-in on an established IP.

I guess EarthBound fans will just have to make do with Undertale for now...