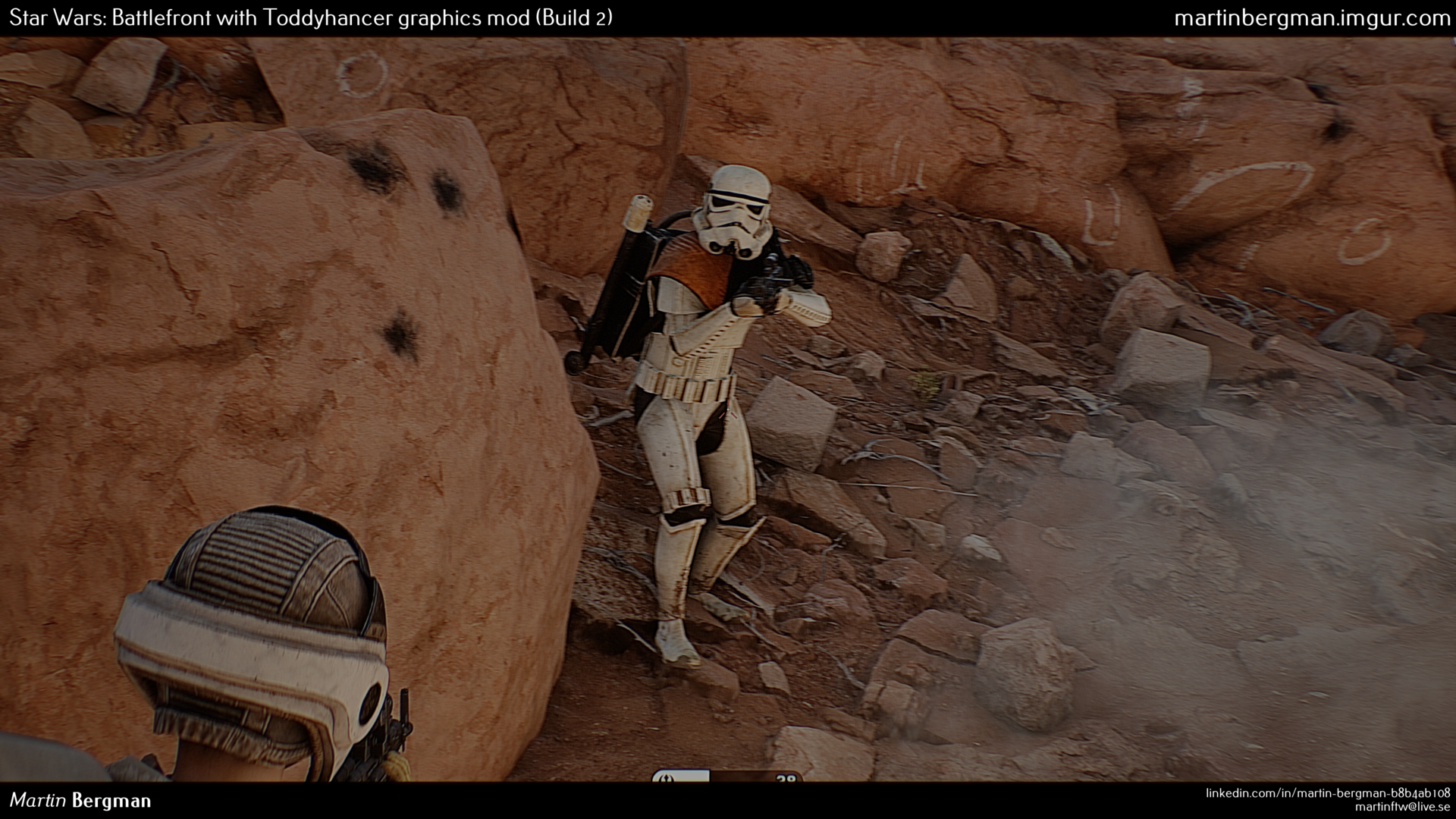 Star Wars Battlefront already had good graphics, but if screenshots are to be believed, a new mod will make the game look like a movie. Just have a REALLY top end PC.

Star Wars Battlefront has gotten good reviews, mainly for its ability to make you feel you are in the Star Wars universe. But a new mod in the works from modder Martin Bergman (aka Toddyftw) has taken the feel to a whole new level.

Using his Toddyhancer mod, which he has previously used for Grand Theft Auto V, Bergman has taken the game into movie-quality image territory, if the screenshots are to be believed - and right now there is no reason to doubt it. Unfortunately at this point, neither mod is finished and out in the wild, but Bergman said he is on Build 2 of the Battlefront mod at the moment.

Be warned, however, that once the mod is released, Bergman says that the game's framerate will take a major hit, dropping by at least 30-40 FPS, so it is advised that you have a rather high-end PC available to handle the graphics load.

Back in August, while still working on the GTA V Toddyhancer, Bergman said that he will release the mod when he "feels ready." So we can assume the same to be true for the Battlefront mod.

Until then, take a look at the images and see what you think.