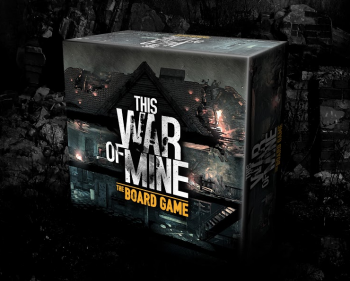 Yet another video game is about to make the transition into board game form, as 11 Bit Studios has announced a tabletop version of This War is Mine due in 2016.

As in the video game, players control civilians living in a war-torn city, and must work together to overcome challenges and make difficult choices in the name of survival. The board game will feature play for up to six players, along with single player variant rules. According to a press release, the game will be simple enough to not require reading the rules prior to play.

This War of Mine released as a videogame first on PC last year. A console launch of the title is imminent, scheduled to release January 29, 2016 on PlayStation 4 and Xbox One with new characters and missions as This War of Mine: The Little Ones.