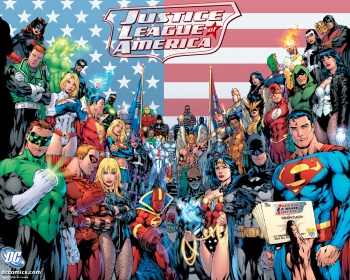 WB's Arkham series is easily the biggest superhero success story in gaming, wonderfully capturing most elements of the Batman mythos. But Batman's also the only DC Comics hero in Triple-A gaming right now - what about Superman, Wonder Woman, or the rest of the Justice League? If a new job posting is anything to go on, these characters might be on the way. WB Games Montreal, the studio behind Arkham Origins, is seeking developers for two DC Comics game currently in the works.

Now, which specific games WB Games Montreal is working on is anyone's guess. A new Arkham game is certainly a safe bet, but it's unlikely the team would work on two at the same time. One possibility is a Superman game, which Paul Dini originally suggested Rocksteady should pursue after Arkham City. And with several DC Comics movies being produced with rapid speed, there's no shortage of characters and settings to draw from. For an easy example, Suicide Squad could take superhero games in a unique direction without changing anything about Arkham's dark asthetic. Hell, you could even recruit the actors behind Arkham's Deadshot and Harley Quinn for missions under Amanda Waller.

Of course, the pie-in-the-sky dream would be a Justice League game supporting a large variety of characters and playstyles, but that might be a stretch - at least until the Justice League movies are closer to release. At least LEGO Batman 3 still scratches that particular itch until WB Games Montreal reveals exactly what projects are underway. Which DC Comics games would you like to see?