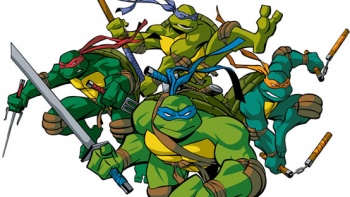 A classification listing for something called Teenage Mutant Ninja Turtles: Mutants in Manhattan has been discovered.

Platinum Games, best known for its work on the Bayonetta franchise, appear to be making a new Teenage Mutant Ninja Turtle game, according to a recently discovered classification listing on the Australian Classification Board. The new game is called Teenage Mutant Ninja Turtles: Mutants in Manhattan, and will be a "multi-platform" title published by Activision. It received an "M" rating due to violence, and online interactivity.

For some more info, the folks over at NeoGAF dug a little deeper to discover that the title was actually rated in Brazil a few weeks ago, for PS3, PS4, Xbox 360, Xbox One and PC.

Unfortunately, that's literally all we know about the game. Will it be a sidescroller in the vein of the much loved Turtles arcade games? Or perhaps a fighter like the fast forgotten Teenage Mutant Ninja Turtles: Smash Up? Only time will tell.

We've reached out to Activision and Platinum games for more info.