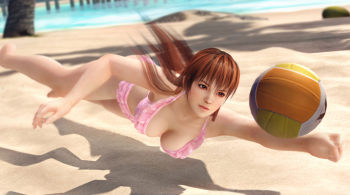 Koei Tecmo comments on decision not to bring Dead or Alive Xtreme 3 to the West.

It was recently revealed that Dead or Alive 3 would not see a release in the West. In a now deleted post on the game's official Facebook page, a representative stated that the decision not to publish the game in the West was made in order to avoid the ongoing debate surrounding depictions of women in video games.

In an official statement posted to Twitter today, Koei Tecmo states that the Facebook comment reflects the opinion of the individual who posted it and does not reflect the business strategy or opinion of Koei Tecmo.

"The comments recently made by an employee regarding Dead or Alive Xtreme 3 on the official Dead or Alive Facebook page only reflect that individual's opinion and not the opinion or business strategy of Koei Tecmo Games," the statement reads. "We remain focused on delivering the best in fighting entertainment to our fans around the world, while consciously respecting and strategizing to support the different global audiences the Dead or Alive franchise lends itself to."

"Dead or Alive Xtreme 3 remains in development and is still planned for release in Japan and Asia only."

Dead or Alive Xtreme 3 releases on February 25th, 2016. Import retailer Play-Asia will be offering an English version of the game through its website.