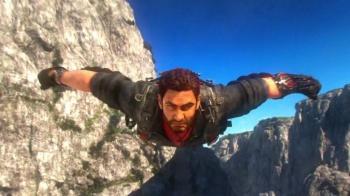 "We need a little bit of time to recreate some of these issues and build fixes."

Just Cause 3 developer Avalanche Studios has promised a patch for the PC version of the game in response to concerns about technical issues, which include lengthy load times and framerate drops. In an update on the game's Steam page yesterday, Avalanche requested patience while they "recreate some of these issues and build fixes."

"We know that some of you are encountering some technical issues-we're looking into them all and we're fully committed to providing you the best possible experience," the post reads. "We know you're going to want specific information on when a patch will land and what will be fixed-we would love to give you that information, and we will as soon as we have it. But right now, a little over one day since we launched, we have huge numbers of players in our enormous game world and we're monitoring all the data coming in.

"We need a little bit of time to recreate some of these issues and build fixes," the post continues. "Rest assured though-we are fully committed to making Just Cause 3 as awesome as possible. We already know loads of people are having a blast with the game but we'll do all we can to make sure everyone is laughing and smiling as they play."

In our Just Cause 3 review, Mitchell Saltzman wrote "The additions of the wingsuit, dual tethering grapple hook, unlimited C4 and regenerating health system are all fantastic additions that would've made Just Cause 3 a breakout game in the franchise, if not for the dull story, repetitive story missions and technical issues ranging from long load times, to poor framerate and to constant disconnections for a single player only game."

Just Cause 3 released on December 1 on PlayStation 4, Xbox One, and PC.