Mojang is finally bringing the popular Minecraft game to Wii U, complete with off-TV play and unique content packs.

Minecraft isn't just popular - it's insanely popular on every platform Mojang decides to release it on. Whether we're looking at consoles, the Pocket Edition, or the classic PC version, sales number in the millions for each individual platform. The only exception is Nintendo's Wii U, the one system still lacking a Minecraft of its own. Well, after years of rumors that's finally about to change: Not only is the Minecraft: Wii U Edition on the way, it launches next week on Thursday, Dec. 17.

Admittedly, this does seem like an odd time to release Minecraft: Wii U Edition. This will be the first Minecraft console release since Microsoft purchased Mojang for $2.5 billion - meaning a portion of every sale will go directly to Nintendo's competitor. On top of that, Nintendo's new console is coming out next year, and it's not clear which games will be compatible with the new system.

On the other hand, it's Minecraft for the freaking Wii U, the most requested version since console editions became a thing. Minecraft: Wii U Edition will have an off-TV feature, allowing you to play directly from the gamepad. It will also come bundled with six addons, while another 16 will be available as DLC. Nintendo is also working with Mojang on special Wii U theme packs, presumably adding characters from Super Mario or Legend of Zelda to the game.

Minecraft has long been considered a natural fit for the Wii U gamepad, since it could let players craft and manage inventories without taking up space on the TV display. Mojang will be releasing more Minecraft: Wii U Edition details soon, so here's hoping any gameplay changes will be worth the wait. 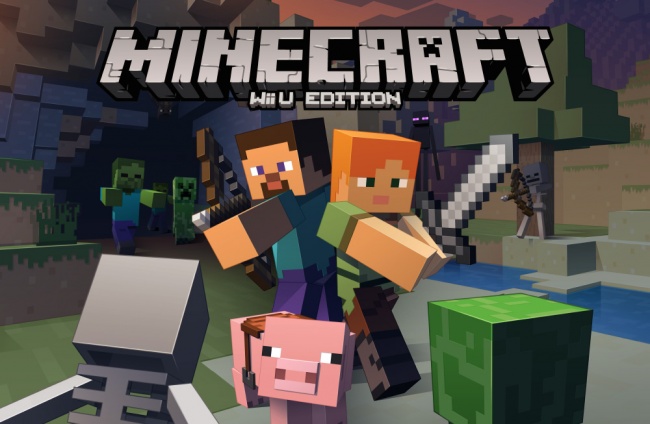