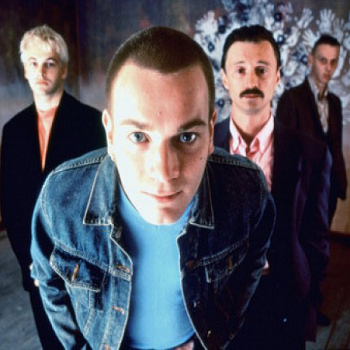 The boys are back in town.

Aside from being the film that introduced mainstream audiences to Danny Boyle, Ewan McGregor, and Robert Carlyle (among others), 1996's Trainspotting remains both a critic's choice and fiercely celebrated cult hit to this day. It was voted the greatest Scottish film of all time in 2004, raked in over $70 million at the box office on just a $2 million budget, and was ranked 10th in the list of Top 100 British films by the British Film Institute -- and those are just facts I was able to glean from Wikipedia!.

That was, until now.

According to Variety, Sony's TriStar Pictures has acquired worldwide rights to Boyle's Trainspotting sequel, which will begin shooting in the spring. The even better news? The entire main cast -- Ewan McGregor, Jonny Lee Miller, Ewen Bremner, and Robert Carlyle -- will be returning to the roles that arguably launched their careers.

"It's been 20 years since we met these characters and John Hodge's screenplay brilliantly explores what's happened to them - and to us - in the intervening years," Boyle said.

"It's one of the best scripts I've f-ing read," said Carlyle.

The currently untitled Trainspotting sequel is being tentatively scheduled for a 2017 release date, which should give those of you who are currently unfamiliar with Boyle/Welsh's work plenty of time to catch up.