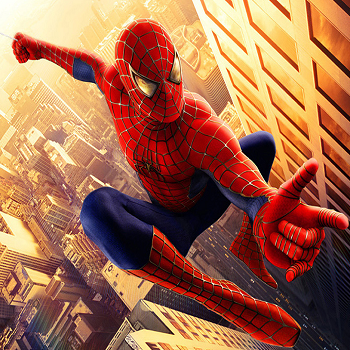 Captain America: Civil War co-director Anthony Russo offers some insights into what the newest incarnation of Spider-Man will look like.

Ever since it was revealed that Spider-Man would be joining the Marvel Cinematic Universe and making his debut in the upcoming Captain America: Civil War, there has been a lot of questions surrounding the role. Will Andrew Garfield return? Which side will Spider-Man be on in Civil War? Will he don the "Iron Spider" suit gifted to him by Tony Stark in the comics?

Well according to a recent interview with Civil War co-director Anthony Russo, the short answers to those questions are "No," "We don't know," and "Maybe."

First, what we know: No, Andrew Garfield will *not* be returning to the role of Peter Parker after relinquishing it earlier this year (this is old news). In his place will be another British actor, however, in the form of Tom Holland (The Impossible, the upcoming In the Heart of the Sea). Given his age (19) and relative lack of name power, the casting of Holland was a surprise to many, but the Russo's have already sung his praises to the media in recent weeks, making special note of his physicality.

"He's also a dancer and a gymnast. He fits the part like you can't believe," said Joe Russo in a recent interview with Entertainment Weekly.

"Another thing that we were really pushing for was to go young with the part. It's the only way to differentiate it from what's been done in the past. Get him as close as you can to the age that (the actor) is."

Secondly (and perhaps most importantly), we now know that Holland's Spider-Man costume in Civil War will require CGI to complete, for reasons that remain unknown. As Anthony Russo explained to Super Interessante:

Well, we researched a lot and do a lot of experiments for all the characters. We did the same with Spider-Man. We knew it had to be someone young, it was very important because we wanted to give this essence to the character, it is something unique in the Marvel Universe. Tom Holland is an amazing Spider-Man, people will love it. It was a very experimental process, placing it with other actors, especially with Downey Jr., we were learning as we did and are very happy with the result. But we are still working on some things, like the uniform. He's not ready because so much will be produced with special effects.

Now, what we don't know: When asked whether or not Spider-Man would wear the red-and-gold "Iron Spider" suit given to him by Iron Man in Mark Millar's Civil War mini-series, Russo was about as vague as it gets, saying "The film will show a mix of what everyone is waiting for and a little twist. So yeah, that's what I can tell."

And as to his allegiance? Well, the Russo brothers have expectedly kept that information under lock and key, so we'll just have to wait until Captain America: Civil War hits theaters on May 6, 2016 to find out. Regardless of which side he picks, Holland will follow-up Civil War by starring in the Jon Watts-directed solo Spider-Man movie to be released on July 28, 2017.