The follow-up to Ang Lee's groundbreaking martial arts epic has its first trailer.

It's hard to look at the vast majority of recent martial arts films -- from the later work of Jet Li to the critically-lauded Raid series -- without thinking of Crouching Tiger, Hidden Dragon, which was released 15 years ago to the day.

Truly, the influence of Crouching Tiger stretches far beyond that of just martial arts films; its innovative take on high-wire effects paved the way for the tricks used in many modern superhero films and its slick, yet focused style of direction drips from damn near every frame of Quentin Tarantino's Kill Bill series (not to mention, AMC's Into the Badlands).

Fifteen years later, a lot has changed in the landscape of martial arts cinema. Many audiences have shifted away from contained narratives and natural fight sequences in favor of bigger, louder, and more intricate set pieces. We've grown desensitized, which is maybe why the trailer for Crouching Tiger, Hidden Dragon: Sword of Destiny that premiered this morning has left some feeling a bit...nostalgic, would maybe be the best way to put it.

"Sadly, this trailer isn't doing much for me...there's something about it that looks cheap, almost like a TV series instead of a film sequel," wrote Slashfilm, going on to list the aforementioned Raid films as examples of movies that have all but ruined the martial arts genre with their greatness.

"Mute the audio on this one," said Wired, referring to the dreadful, robotic cover of CCR's "Bad Moon Rising" that accompanies the trailer. That critique is objectively accurate.

On the more positive side of things, there are shots in the Sword of Destiny trailer that call back to the vivid set pieces of the original, and the beautiful/badass Michelle Yeoh returning as Yu Shu-Lien is a welcome surprise. With original fight choreographer Yuen Wo-Ping and freakin' Ip Man himself, Donnie Yen, joining the cast, we're also all but guaranteed that there will be some unbelievable fight sequences, at the very least.

Crouching Tiger, Hidden Dragon: Sword of Destiny tells an epic story of lost love, young love, a legendary sword and one last opportunity at redemption, set against breathtaking action in an epic martial arts battle between good and evil that will decide the fate of the Martial World. 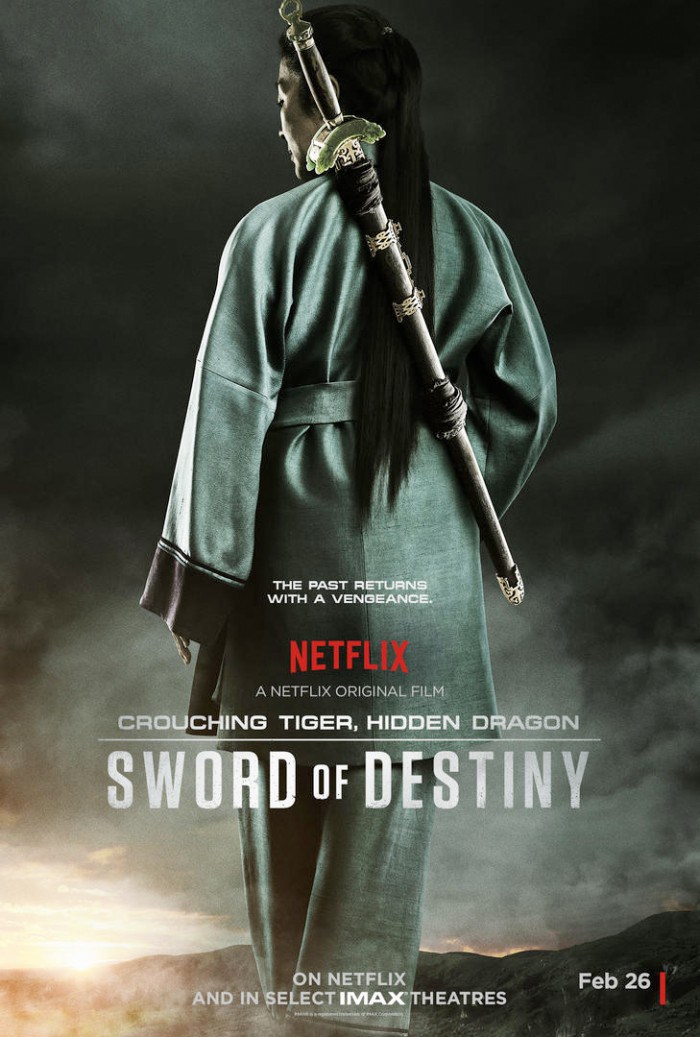